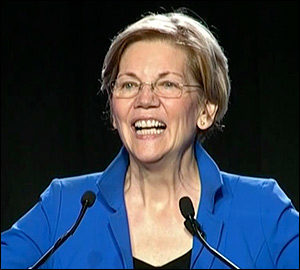 END_OF_DOCUMENT_TOKEN_TO_BE_REPLACED

Former vice president and ex-Delaware senator Joe Biden: is he in or out of the 2020 presidential campaign?

Sen. Sanders is clearly getting a boost from his formal announcement. According to the Morning Consult regular tracking, he is up six points from just before he became an official candidate. It remains to be seen if his rise begins a trend or is just a polling blip because of increased media attention.

Overall, the MC data finds Biden’s national lead among the segmented Democratic voters dropping to just two points over Sen. Sanders, 29-27 percent. But, the pair are now well ahead of the remaining contenders. Sen. Kamala Harris (D-CA) drops a point in her own support, meaning she lost a net seven percent to Sanders from the last poll. Her new national total is 10 percent, three points ahead of both Sen. Elizabeth Warren (D-MA) and former US Rep. Beto O’Rourke (D-TX).

END_OF_DOCUMENT_TOKEN_TO_BE_REPLACED

Obviously, the ballot test shows that either candidate can win the race. Rep. McSally has a lesser favorability rating than Rep. Sinema largely because she was attacked in a multi-candidate primary, whereas the latter woman was a consensus Democratic candidate who breezed through the primary without being forced to absorb negative hits.
END_OF_DOCUMENT_TOKEN_TO_BE_REPLACED