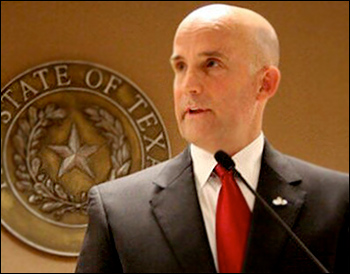 The 2022 congressional venture is not Self’s first run for the US House. In 2002, he entered the open 26th District race after then Majority Leader Dick Armey (R) announced his retirement. He placed third in that race behind then-Denton County Judge Scott Armey, son of the retiring Representative, and Dr. Michael Burgess. The latter man would of course defeat Armey in the Republican runoff, win the seat in November of that year, and still holds the position today. Now, 20 years later, the two former opponents will likely serve together in the next Congress.

Taylor first won the 3rd District seat in 2018, succeeding the venerable Rep. Sam Johnson (R), an American war hero who was retiring from the House after serving 28 years. Prior to winning the congressional seat, Taylor served three terms in the Texas House of Representatives and one as a state senator.

His first run for Congress, however, began more than 100 miles away from his current district. In the Waco-anchored district at the time, Taylor lost to then-Rep. Chet Edwards (D) in the 2006 election. After his stinging defeat, Taylor moved to the DFW Metroplex.

The congressman recorded 54-44 and 55-43 percentage margins in the 2018 and 2020 congressional elections, respectively, from a district that was beginning to trend more Democratic.

The 2022 redistricting plan restored the 3rd to strong Republican status, so Self now becomes a prohibitive favorite to defeat new Democratic nominee Sandeep Srivastava, a realtor and community activist. According to the FiveThirtyEight data operation, the new 3rd is rated R+23, a significant improvement from the previous 3rd’s R+11 score. Dave’s Redistricting App scores the new 3rd 58.7 percent R; 38.6% D.

TX-3 is anchored in Collin County, just north of Dallas, and then annexes approximately 85 percent of bordering Hunt County. A total of 73.3 percent of its territory comes from the current 3rd District, another 18.3 percent comes from Rep. Pat Fallon’s (R) 4th CD and a final 8.4 percent from Rep. Colin Allred’s (D) current 32nd District.