Jan. 16, 2019 — As predicted, a great deal of action on the presidential front has already occurred in January, and we’re likely to see more very soon.

So far this month, Rep. Tulsi Gabbard (D-HI) and former Housing & Urban Development Secretary Julian Castro announced their presidential campaigns. Billionaire Tom Steyer, thought to be preparing a run, publicly stated that he would not do so.

There are so many potential political players, however, it is difficult to tell them without a scorecard, as the old saying goes.

Below is an updated list of the 31 Democrats who have taken action on the presidential front or are rumored to be doing so in the near future.

Most Likely to Run (listed alphabetically)

END_OF_DOCUMENT_TOKEN_TO_BE_REPLACED 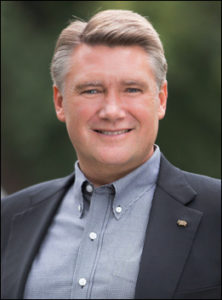 END_OF_DOCUMENT_TOKEN_TO_BE_REPLACED

Since this is the fourth quarter 2018 report, the five senators who lost re-election along with those who won competitive races are included. Below are their favorability scores END_OF_DOCUMENT_TOKEN_TO_BE_REPLACED

Jan. 11, 2019 — Now that the various state elections’ offices have certified the Nov. 6 final voting totals, we can begin to reflect and better analyze the particulars of the 2018 campaigns, which will provide clues to future targeting and possible performance.

Below are the 29 US House winners who received a final vote total of 51 percent or less, and we can be assured that most, if not all, of these veteran and new members will be major targets in the 2020 elections.

Fifteen of the districts yielded Democratic victories with 14 going to or remaining Republican. All US House results are final with the exception of the NC-9 contest that remains uncertified and is likely to go to a new election. The North Carolina State Board of Elections is scheduled to meet this week, and it is probable that they will order a new election as part of the proceedings.

Listed in order by party from the winner with the lowest percentages:

END_OF_DOCUMENT_TOKEN_TO_BE_REPLACED 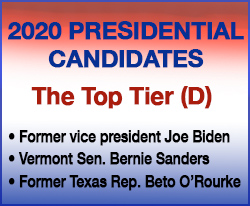