Ranked Choice Voting is a variation of an instant runoff, a concept that dates back to a similar system first used in Australia in 1918. The idea is to prevent a person from winning a plurality election with a just a small percentage, i.e., Brooklyn Borough president Eric Adams would have won the New York City mayoral Democratic primary with 30.8 percent of the vote on the single election day of June 22 had the traditional system been in place. This means that 69.2 percent of voters chose another candidate.

Instead, after the 26-day election period, Adams still won the party nomination under Ranked Choice Voting but with a convoluted 50.5 percent majority vote at the conclusion of a marathon counting process.

For years, mostly southern states have used a runoff system to correct the problem of a candidate winning an election with a small percentage, such as NYC’s Adams’ 30.8 percent recorded on June 22. In those places, a secondary election is held between the top two finishers at a later date. Ranked Choice Voting allegedly produces a majority result, but without the expense of running a second election.

END_OF_DOCUMENT_TOKEN_TO_BE_REPLACED 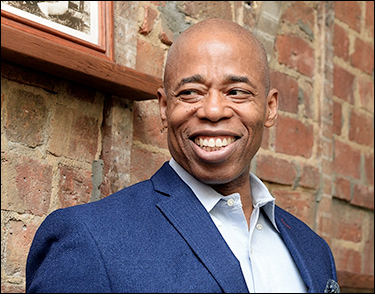 More, however, is on the ballot than just deciding which of the candidates will advance into the Autumn election. The Democrats are using a ranked choice voting system that has been tried in other places around the county, such as the state of Maine and 32 mostly local jurisdictions. With 13 candidates vying for the mayoral nomination, however, and at least four being within the margin of error in the most recent polling, this New York City race could be the system’s most significant test.

Ranked Choice Voting is an electoral procedure where voters rank the candidates in their order of preference. In this case, Democratic voters will record their first preference with the number 1, and then follow through individually with the remaining dozen.

The system works as follows: when the ballots are fully counted, assuming no one receives an outright majority, which is a virtual certainty with so many candidates in contention, the 13th-place finisher will be eliminated from further competition. Election officials will then locate all ballots where the last place finisher was chosen first. Those voters’ second choices are then recorded and added to the original count. This process continues until a top candidate reaches the 50 percent plateau.

Pollsters attempted to gauge the voters’ ranked choice predilections in rather complicated questioning, and most estimated that the counting process would consume 10-12 rounds. Polling accuracy is unclear at this point because few research firms have attempted to measure the ranked choice system. Therefore, today’s race could have a wild card ending especially when voters go deep into their ratings.

END_OF_DOCUMENT_TOKEN_TO_BE_REPLACED 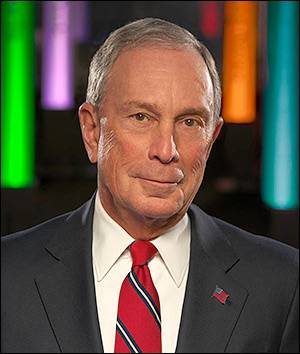