Oct. 12, 2017 — Missouri Attorney General Josh Hawley (R) officially announced his long-awaited challenge to Sen. Claire McCaskill (D) on Tuesday this week. The move had been expected since even before he formed a senatorial exploratory committee at the beginning of August. Hawley then found himself encouraged to run for the Senate literally from the first few days after his election as the state’s AG in November.

Saying Sen. McCaskill has turned her back on many key Show Me State constituencies and industries, that she has been in Washington “forever”, and simply “doesn’t represent Missouri” anymore, Hawley declared his new US Senate candidacy via campaign video featuring he, his wife, and two young sons (above).

Already, a McCaskill-Hawley general election race is being viewed as the Republicans’ top conversion opportunity. Though Hawley must get past several lesser GOP primary candidates, including state Rep. Paul Curtman (R-Pacific/Franklin County), he is the prohibitive favorite to become the party nominee next August.

The McCaskill Campaign and the national Democratic political apparatus has been readying a defense plan against a Hawley offensive for several months. In his campaign for attorney general, Hawley used ladders as props in his ads to symbolize politicians who win one office and then immediately turnaround and jump to another. Now, doing exactly what he campaigned against, we can expect a steady barrage of attacks over what McCaskill and the Democrats will claim is Hawley’s “hypocrisy.”

END_OF_DOCUMENT_TOKEN_TO_BE_REPLACED 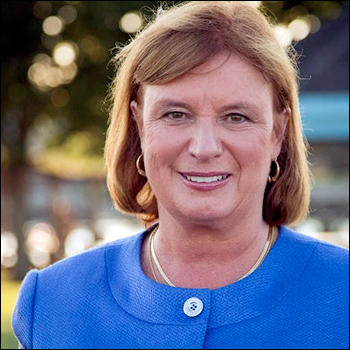