Under the new Alaska election law, the top four finishers from the jungle primary, in this case scheduled for June 11, will advance to the Aug. 16 special general election. If no one receives majority support among the finishing four in the succeeding vote, the Ranked Choice Voting System takes effect. It is here where Palin may find trouble. Under this configuration, ASR projects that Claus would be first eliminated, then Palin in the next round. A Begich-Gross final round would favor Begich at 53-47 percent.

Nick Begich III is the grandson of former US Rep. Nick Begich (D), who died in a plane crash before the 1972 election. His uncle is former US Sen. Mark Begich (D). Nick Begich, III, however, is a Republican. ASR tested four different iterations with four separate fourth-place contenders, and in each scenario Begich ultimately wins the seat.

The poll skews slightly left, meaning that the race is likely no worse then being tied from Rep. Bacon’s perspective. Approximately 25,000 more people voted in the NE-2 Republican primary than Democratic suggesting the enthusiasm level favors the GOP. The seat became three points more Republican in redistricting. Despite this particular poll result, Rep. Bacon is still favored for re-election.

Alabama: Gov. Ivey Below 50 Percent — A Cygnal group poll for the Alabama Daily News and Gray Television (May 6-7; 600 likely Alabama Republican primary voters) two days ago covered the Alabama Senate race confirming that Rep. Mo Brooks (R-Huntsville) is gaining on his two GOP opponents. Wednesday, Cygnal released its data on the state’s gubernatorial campaign. While Gov. Kay Ivey (R) still holds a comfortable lead according to the poll, the survey shows that she has dropped to 40 percent support.

Real Estate developer Tim James, son of former Gov. Fob James, is second with 18 percent, and former US ambassador to Slovenia, Lindy Blanchard, is a close third with 15 percent. Three more candidates divide 14 percent of the vote, while the remainder is recorded as undecided/won’t say. There is little doubt that Gov. Ivey will finish first, but the question remains whether she can attain the 50 percent threshold to avoid being forced into a secondary runoff election. The Alabama primary is May 24. If a runoff becomes necessary, that election would occur on June 21.

Considering North Carolina only has a 30 percent threshold to win a nomination outright, it appears the congressman is in strong position to clinch on May 17. The GOP winner will face consensus Democratic candidate Cheri Beasley, the former state Supreme Court Chief Justice. Sen. Richard Burr (R) is retiring after three terms.

The seat leans Republican, but expect Democratic competition in the general election. At the early going, considering he represented more than 70 percent of this district for eight years in the House before retiring, Ross is the clear favorite for the party nomination and to capture the seat.

With the primary fast approaching on May 10, we can expect Rep. Mooney to quickly counter the message. Sen. Manchin’s approval numbers are strong in West Virginia, but bringing a Democratic figure in to help decide a Republican primary battle could well backfire. Expect Mooney to attempt to turn the tables regarding this endorsement.

Helping explain Rep. McKinley’s move to highlight the Democratic senator, the latest public poll (Public Opinion Strategies for the Mooney campaign; April 26-28; 400 likely WV-2 Republican primary voters) gives Rep. Mooney a 20-point, 50-30 percent advantage as the two candidates begin the final week of campaigning. The two were forced into one district because West Virginia lost one of its three seats in national reapportionment. 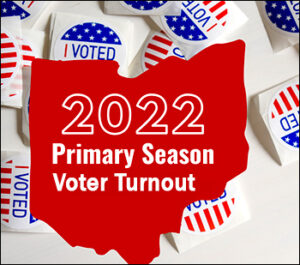 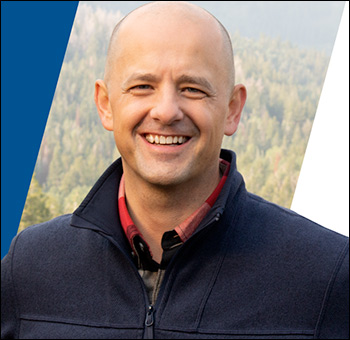 Utah: Democrats Back Independent — The Utah Democratic nominating convention over last weekend voted with a 57 percent majority not to field a party candidate against Sen. Mike Lee (R), but instead form a coalition to back Independent candidate Evan McMullin.

The move was the first of its kind in Utah political history. The delegates clearly agreed with the argument that the party was better coalescing behind McMullin, a 2016 Independent presidential candidate and former Republican who placed a strong third in the state (21.5 percent) behind Republican Donald Trump (45.5 percent) and Democrat Hillary Clinton (27.5 percent than nominating their own Democratic contender. They understood that supporting Democrat Kael Watson and producing a three-way campaign meant a sure victory for Sen. Lee.

FL-5: US Rep. Al Lawson May Challenge Fellow Incumbent — Florida US Rep. Al Lawson (D-Tallahassee) has difficult choices ahead of him in determining where to seek re-election in the north Florida region. The new Florida congressional map collapses his current district. The Politico publication reports that Lawson is leaning toward challenging Rep. Neal Dunn (R-Panama City) in the new 2nd District, an R+16 CD but one that includes Rep. Lawson’s home base of Tallahassee.

MA-4: No Re-Match — Former Brookline Selectwoman Jesse Mermell, who lost the 2020 Democratic primary to current US Rep. Jake Auchincloss (D-Newton) by just one percentage point, announced that she will not return for a re-match. Therefore, Rep. Auchincloss becomes a prohibitive favorite for re-nomination and re-election. The Massachusetts primary is not until Sept. 6, and the candidate filing deadline is May 31.

MN-1: No Official GOP Endorsement — First Congressional District Republicans convened over the weekend to potentially endorse a candidate in the special election to replace the late Rep. Jim Hagedorn (R-Blue Earth/Rochester). Though state Rep. Jeremy Munson (R-Lake Crystal) attracted 55 percent of the delegate vote, it was not enough to secure the official endorsement. Doing so requires 60 percent. This means we will see an open special election primary on May 24 with no officially endorsed candidate, though Rep. Munson appears to be a clear front runner.

Utah: Two Reps Under-Perform at Convention — US Rep. John Curtis (R-Provo), posted only 41 percent of the convention vote on the first ballot, which was just enough to avoid an embarrassing defeat, since he did not also opt to obtain petition signatures. The later rounds pushed him to 45 percent, but the congressman still must win a Republican primary against the man whom he defeated in a 2017 special election and the 2018 GOP primary, — former state Rep. Chris Herrod. Despite Rep. Curtis’ poor showing at the party convention, he is still expected to win the primary and general elections.

END_OF_DOCUMENT_TOKEN_TO_BE_REPLACED

April 19, 2022 — We have seen recent changes in many key 2022 in-cycle Senate races. Below is a competitive state-by-state recap:

Alabama: Polling now consistently shows that the GOP nomination battle, which will determine who will replace retiring Sen. Richard Shelby (R), is turning into a two-way race. Early leader Mo Brooks, the northern Alabama congressman who former President Trump originally endorsed only to see him recently rescind his support, has now dropped well back. It appears clear that “Black Hawk Down” pilot Mike Durant and former Business Council of Alabama President & CEO Katie Britt will advance to a runoff election. The Alabama primary is May 24 with the succeeding runoff scheduled for June 21.

Alaska: State Sen. Elvi Gray-Jackson (D-Anchorage) withdrew from the race to seek re-election to the legislature, and 2020 Senate nominee Al Gross filed to run for the at-large US House special election; thus the Democrats have no announced candidate. Candidate filing is June 1 for the Aug. 16 primary. The new election system will send four candidates to the general election, so whoever comes forth as a Democratic contender will likely advance to November. Sen. Lisa Murkowski (R) is seeking re-election.

California: Appointed Sen. Alex Padilla (D) is a cinch for election to a full term in the autumn.

Connecticut: Seven Republicans have announced their candidacies against Sen. Richard Blumenthal (D). The two most credible candidates appear to be former Republican National Committeewoman Leora Levy, who has almost $1 million cash-on-hand, and state Senate Minority Leader Themis Klarides. This race may draw a bit of attention, but it’s still a very long shot for any Republican to beat Sen. Blumenthal.

Florida: Both Sen. Marco Rubio (R) and Rep. Val Demings (D-Orlando) have now each raised more than $30 million for the 2022 race, and both have over $13 million cash-on-hand. Sen. Rubio remains favored in a state that is moving closer to the GOP, but Rep. Demings has now actually raised a bit more money than the incumbent. A close finish here is virtually guaranteed.

Georgia: Polling suggests that former University of Georgia and NFL football star Herschel Walker will win the Republican nomination outright on May 24, thus setting the stage for the general election between he and freshman Sen. Raphael Warnock (D).