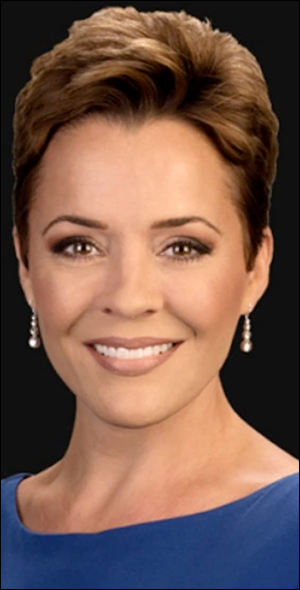 David Binder Research conducted the survey (Jan. 5-8; 618 registered Arizona voters; interactive voice response system & text) and projects that Lake, who has not indicated that she will run for the Senate, leads Rep. Gallego and Sen. Sinema, 36-32-14 percent, respectively. Though Sen. Sinema trails badly, she could certainly rebound and come from the outside to win especially if the Democratic and Republican candidates almost evenly split the remaining vote. Considering recent vote history since 2018, such an outcome is certainly possible.

Rep. Gallego is an all-but-announced Senate candidate. He may, however, face opposition from US Rep. Greg Stanton (D-Phoenix), and possibly others, in the Democratic primary.

California: Rep. Lee (D) Says She will Run for Senate — California Rep. Barbara Lee (D-Oakland) reportedly is telling supporters that she will run for the Senate next year, following Rep. Katie Porter’s (D-Irvine) lead, but will not declare her intentions until Sen. Dianne Feinstein (D) announces her expected retirement. Rep. Adam Schiff (D-Burbank) is also expected to follow a similar path into the Senate contest.

We will probably see a Democratic brawl that could last the entire election cycle considering that California’s top two primary system will likely advance two Democrats into the general election.

Considering both Reps. Porter’s and Schiff’s strong fundraising prowess, Rep. Lee will be at a clear financial disadvantage. The Bay Area, however, has produced most of the recent statewide elected officials, so geography would be a point in her favor. Count on a very crowded Senate field should Sen. Feinstein, in fact, decide to retire.

West Virginia: Sec of State Announces for Governor — Secretary of State Mac Warner yesterday announced his 2024 gubernatorial candidacy in what is already becoming a crowded open seat Republican primary. Mountain State Gov. Jim Justice (R) is ineligible to seek a third term, and may run for the Senate.

END_OF_DOCUMENT_TOKEN_TO_BE_REPLACED

Sept. 7, 2017 — White House personnel this week announced that President Trump will nominate Pennsylvania Rep. Tom Marino (R-Williamsport) as the new director of the Office of National Drug Control Policy. The appointment was expected to happen much earlier in the year, but a serious illness in the congressman’s family forced him to ask the administration for a postponement.

Should Rep. Marino move quickly through the confirmation process we would likely see another congressional special election called, similar to the situation involving Rep. Jim Bridenstine’s (R-OK) appointment as NASA administrator, in order to fill the remainder of the current term.

There is a good bet, however, that Senate Democrats will want to delay Marino’s confirmation as long as possible. With a live redistricting lawsuit making its way through the Pennsylvania court system, the Dems hope a potential re-draw will significantly change the statewide map, and specifically this district, in time for the 2018 regular election.

The 10th District, which contains 10 complete Pennsylania counties and parts of five others, occupies the entire northeastern corner of the Keystone State that borders New York and New Jersey, encompasses the territory around the cities of Scranton and Wilkes-Barre, and then shoots southwest past the Harrisburg-Carlisle area as far as the Tuscarora State Forest. Since 1952 inclusive, the district has voted Democratic only three times in congressional elections. During much of the succeeding six decades, veteran Rep. Joe McDade (R-Scranton) represented the region. He was in office for 36 years from the early 60s to the late 90s.