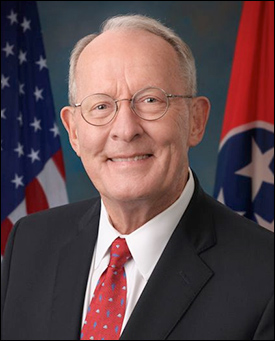 END_OF_DOCUMENT_TOKEN_TO_BE_REPLACED

In an announcement video (see above) that left no doubt she will be campaigning as a strong conservative, Rep. Black attempted to neutralize what may be her most glaring negative … that she is a member of the US House. In her one minute, 46-second video announcement, the congresswoman emphasizes the work she’s done for Tennessee and makes clear that she will use intense rhetoric to convey her positions, such as opposing “the weak-kneed people in her own party.” Professing to be like most Tennesseans, Rep. Black says she is among the majority who “do things the right way, no matter what Hollywood or Washington thinks about it.”

END_OF_DOCUMENT_TOKEN_TO_BE_REPLACED

But the closeness of the contest occurred on the Democratic side, in what will likely be a battle for the right to lose to Alexander in November. Attorney Gordon Ball has been projected the winner, leading attorney Terry Adams by just 1,911 votes statewide.

One thing is clear, however. The statewide turnout overwhelmingly favored Republicans. Approximately 645,000 individuals voted in the Republican primary as compared with just under 240,000 who participated on the Democratic side.

On the other end of the margin perspective, Gov. Bill Haslam (R) cruised to an 88 percent victory. He will face Democrat END_OF_DOCUMENT_TOKEN_TO_BE_REPLACED

With 30 states now having completed the process of officially certifying their candidates for the 2014 general election, a large number of Tennessee political activists have stepped forward to run for federal and major statewide office.

No fewer than 17 individuals have entered the governor’s race to face first term Tennessee chief executive Bill Haslam (R). Comprising the group are three minor Republican primary challengers to the governor, seven Democrats, and an additional seven minor party and Independent candidates. None of the individuals, however, appear politically END_OF_DOCUMENT_TOKEN_TO_BE_REPLACED