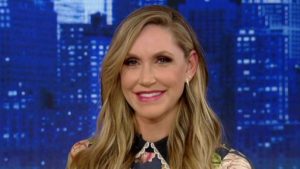 END_OF_DOCUMENT_TOKEN_TO_BE_REPLACED

A new survey testing the Republican primary race between veteran Mississippi Sen. Thad Cochran and state Sen. Chris McDaniel again suggests that this intra-party incumbent challenge is becoming the most serious in the nation.

According to a NSON Opinion Strategies survey (released April 2; 400 likely Mississippi Republican primary voters) conducted for the Tea Party Express and provided to Breitbart News, the senator only maintains a 45-37 percent lead over the Tea Party-backed state legislator. This is consistent with earlier public data.

Sen. Cochran, 76 years of age and in his 42nd year of congressional service, is running for a seventh term. He was the first Republican senator elected in a Deep South state during the modern political era, thus beginning the region’s political realignment trend. He has been under attack from conservative organizations for a period of months. It is already known that those outside groups with people and money, such as the Tea Party Leadership Fund, the Tea Party Express, and the Club for Growth, are planning to expend serious resources to independently support the challenger’s effort.
END_OF_DOCUMENT_TOKEN_TO_BE_REPLACED