Fox News, which contracts with both a Democratic and Republican pollster to provide joint data relating to key political races, released a series of surveys yesterday, each providing good news for Republicans. The results may skew slightly Republican because in certain instances they exceed other similarly published survey suggests.

The two firms, neither particularly well known nor quoted in national polling circles, are Anderson Robbins Research (D) and the Shaw Polling Company (R). The two combined to produce polls in five different states during the Oct. 4-7 period. In each place, the sampling universe numbered somewhere between 702 and 739 likely voters. In all but Kentucky, both the Senate and governors’ races were tested. Blue Grass State voters won’t choose a new governor until next year. As identified in the headline, the other four polled states were Alaska, Arkansas, Colorado and Kansas.

The biggest night of the primary election season to date unfolded last night, and the marquee race featured the quintet of Republican candidates vying for the open Georgia Senate nomination. In the end, with all five individuals at least maintaining a slight chance to advance to the July 22 run-off as the voting day began, is now coming down to a two-way contest between businessman David Perdue (who registered 30 percent) and Rep. Jack Kingston (R-GA-1), who nipped former Secretary of State Karen Handel, 26-22 percent. Representatives Phil Gingrey (R-GA-11) and Paul Broun (R-GA-10) registered only 10 percent apiece. The secondary election winner will face the now-official Democratic nominee, Michelle Nunn, who captured her primary with 75 percent of the vote.

The plethora of pre-election political polls accurately forecast the final order, with the Kingston and Handel pulling away and Perdue finishing first. Rep. Kingston took END_OF_DOCUMENT_TOKEN_TO_BE_REPLACED

At this early point in the campaign cycle, it appears that as many as 13 races, nine Republican-held and four Democratic, should be rated as highly competitive. The most vulnerable of all incumbents standing for re-election are governors Rick Scott (R-FL) and Tom Corbett (R-PA), who trail potential Democratic opponents in all surveys. The most vulnerable Democratic seat is the Arkansas open (Gov. Mike Beebe, D, is ineligible to seek a third term), where former GOP Rep. Asa Hutchinson (R-AR-3) consistently polls ahead of ex-Rep. Mike END_OF_DOCUMENT_TOKEN_TO_BE_REPLACED 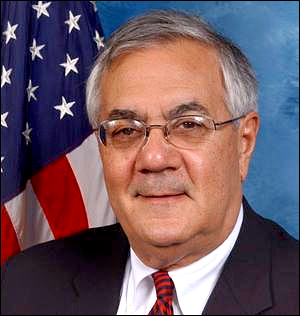 Former Congressman Barney Frank (D-MA-4) made a public statement saying he is interested in receiving his state’s interim Senate appointment because he wants to participate in the upcoming fiscal legislative debate. Congress will tackle the debt ceiling issue before the Massachusetts replacement special election is conducted.

Sen. John Kerry (D) will resign his seat upon being confirmed as Secretary of State. Under Massachusetts succession law, Gov. Deval Patrick (D) must appoint an interim senator until the people choose a permanent replacement in a special election. Gov. Patrick has indicated that he is inclined to appoint someone who will not run for the seat. But he may come under intense END_OF_DOCUMENT_TOKEN_TO_BE_REPLACED