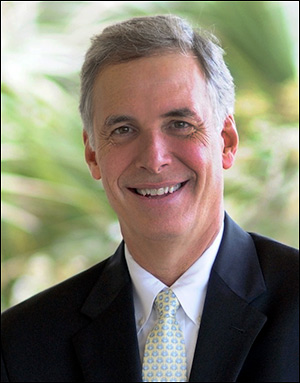 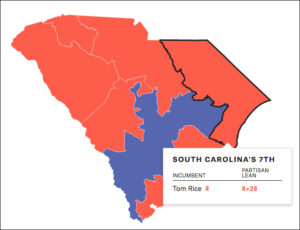 END_OF_DOCUMENT_TOKEN_TO_BE_REPLACED

Feb. 18, 2022 — As the states complete their individual redistricting processes and candidate filing deadlines appear on the political horizon, some incumbents find themselves facing serious primary challenges. Today, we look at Republican nomination situations in states where redistricting is complete, and Monday next week, we’ll look at the Democrats.

The California Citizens Redistricting Commission made significant changes to the Golden State congressional map. As a result, veteran northern California Rep. Tom McClintock (R-Elk Grove) had his choice of two districts, one less Republican that contained more of his home area, and the other more strongly favoring the GOP but stretched from the Sacramento suburbs all the way to the Fresno area. McClintock chose the latter.

The congressman’s most serious opponent is Fresno County Supervisor Nathan Magsig (R). California imposes a jungle primary system meaning that the top two finishers in the June qualifying election advance to the general election. Considering the Republican trends in this district, it is wholly possible that both Rep. McClintock and Supervisor Magsig will advance into the general election, especially with three Democratic candidates dividing the liberal base.

The Illinois Democratic gerrymander created a new uber-safe Republican 15th District that attracted both Reps. Rodney Davis and Mary Miller. Therefore, the new member here will be chosen in the June 28 Republican primary.

The race is shaping up as a clear GOP establishment versus movement conservative contest. Virtually all of the state and national Republican leaders, including House Minority Leader Kevin McCarthy, have endorsed Davis. All of the movement right-of-center groups such as the Club for Growth and Freedom Works, along with former President Donald Trump, have endorsed Rep. Miller.

Davis also has a major fundraising advantage. Miller, on the other hand, sees 31 percent of her constituents carrying over to the new 15th, versus 28 percent for Davis. Rep. Darin LaHood (R-Peoria) has the largest contingent of current constituents in the new IL-15 (36 percent) but he is running for re-election in the new 16th CD.

With Michigan losing a seat in reapportionment, two of the state’s western members were destined to be paired. The new 4th District features a potential contest between Reps. Huizenga and Upton, though the latter man has not yet decided whether to seek re-election. A third candidate, state Rep. Steve Carra (R-Kalamazoo), who carries former President Trump’s endorsement, is also in the race.

Carra is not likely to be a major factor because he represents very little of the new 4th Congressional District constituency in the state legislature. This race will come down to Rep. Upton’s decision whether to seek a 19th term in the House or retire. If he runs, this will be a major summer primary contest. Should he retire, Rep. Huizenga becomes the prohibitive favorite in the primary, with the inside track for the general election, though the new 4th is more competitive than his current 2nd CD.

A congressional ethics investigation into Rep. Steven Palazzo’s (R-Biloxi) use of campaign funds is an obvious negative as he strives to win re-nomination for a seventh term.

The investigation prompted state Sen. Brice Wiggins (R-Ocean Springs) and Jackson County Sheriff Mike Ezell to launch a primary challenge against the congressman, in addition to four others. Local business owner Carl Boyanton has thrown $550,000 of his own money into his campaign, making him a factor, too. This field could grow or retract as the March 1 candidate filing deadline looms on the political horizon.

It remains to be seen whether the investigation hinders Rep. Palazzo to the point of forcing him into a runoff — he has survived other tough primary challenges with larger than expected percentages — but the possibility of going to a secondary vote is certainly real. Should Palazzo be forced into a runoff, his re-nomination could be in serious jeopardy.
END_OF_DOCUMENT_TOKEN_TO_BE_REPLACED