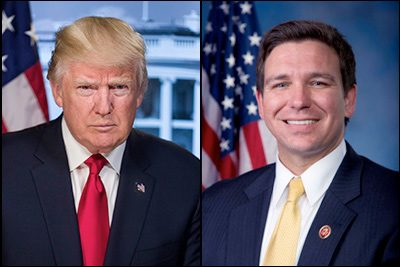 Exit Polling: CNN Releases Results — Though exit polling has not proven particularly accurate in past elections, looking at the results of the organization’s data still has value. A quick glance at the CNN data brings forth a couple of key observations. First, the Independent vote, which polling suggested through most of the election cycle was moving toward the Republicans, came back to the Democrats at election time. Self-described moderates were breaking Democratic, 56-41 percent. Those describing themselves as Independents voted Democratic in a 49-47 percent split. Within the cell segment, Independent women moved toward the Democrats in a 54-42 percent clip.

On the other end of the spectrum, Republicans actually were making their marks with minority voters, at least according to this data. Republicans were able to attract 39 percent of the Hispanic vote, 40 percent among Asians, and 13 percent with black voters. All of these numbers are an improvement from immediate past elections.

Additionally, while all men break toward the Republicans 56-42 percent, all women prefer the Democrats, 53-45 percent. Still, CNN measures that the national vote went Republican in a 51.3 – 46.7 percent swing even though Democrats held the Senate majority and it appears House control will come down to a minimum number of seats.

Senate States: Key Turnout Stats — Now that we are seeing closer to final turnout numbers in many places, we have derived some interesting participation statistics from the most competitive US Senate states.

In Georgia, the turnout may fall just short of the 4.0 million voters who cast ballots in 2018. The Nevada turnout, projected to just exceed the 1 million mark, will be an approximate four percent increase over 2018. In Wisconsin, once the final turnout report is released will likely show the same relative participation rate as recorded in 2018.

The Pennsylvania turnout looks to be up five percent from 2018. Florida, where Sen. Marco Rubio won an impressive 58-41 percent victory over US Rep. Val Demings (D-Orlando), who was clearly one of the strongest Democratic candidates in the nation, looks to be six percent under 2018’s total. In Iowa and Ohio, where Sen. Chuck Grassley (R) won an eighth term and Republican J.D. Vance held the open seat over US Rep. Tim Ryan (D-Warren/Youngstown), turnout appears to be down just under nine percent when compared to the 2018 participation rate in both states.

Nov. 24, 2015 — As a myriad of Louisiana gubernatorial polls correctly predicted, state Rep. John Bel Edwards (D) scored a landslide 56-44 percent victory over Sen. David Vitter (R) Saturday night. The result proved a bitter defeat for the Republican after he was cast as a prohibitive favorite when the campaign began.

In his concession speech, the senator confirmed that he will not seek re-election in the 2016 cycle, yielding the sixth open seat US Senate campaign for next year. There was strong speculation when the governor’s campaign began to turn against Vitter that the politically damaged senator would be highly vulnerable if he were to seek a third term after experiencing what would be a crushing defeat. Though the Republicans will now be forced to risk an open seat it is preferable to defending a wounded incumbent.

Saturday’s result was clearly a rejection of Vitter and not necessarily the Republican Party. Despite the Democrats winning at the top of the ticket, Republican lieutenant governor candidate Billy Nungesser, the Plaquemines parish president, recorded his own strong 55-45 percent victory margin against Democratic nominee Kip Holden.

In the double-Republican attorney general’s race, former US Rep. Jeff Landry (R-LA-3) unseated incumbent Buddy Caldwell with a similar 55-45 percent spread after strategically positioning himself as the more conservative candidate.

END_OF_DOCUMENT_TOKEN_TO_BE_REPLACED

Louisiana Republican state Treasurer John Kennedy, a former Democrat and US Senate candidate, hired the North Star Opinion Research firm to help guide his political ambitions. Kennedy is reportedly considering running for governor or attorney general in 2015. His name is also mentioned in conjunction with the 2016 US Senate contest.

The North Star survey research (Jan. 10-13; 600 registered Louisiana voters) tested Kennedy within a field of candidates first for governor, and then for attorney general as well as for US Senate.

The 2016 US Senate picture will largely be dictated by what happens in the governor’s race. Should Sen. Vitter win, and he’s the early favorite, an individual will be appointed to fill the unexpired END_OF_DOCUMENT_TOKEN_TO_BE_REPLACED

Louisiana dropped a Congressional seat in national reapportionment, and even though the Republicans controlled the redistricting pen, it was obvious that their own party would lose a seat. As is typical of these situations, it was the freshman member who was put in the expendable position.

Prior to reapportionment, Louisiana had seven Congressional seats, six Republican and one Democratic. Since the New Orleans-anchored 2nd CD is a Voting Rights Act protected district, the Republicans had no other choice but to forfeit a seat. Thus, Rep. Landry’s southern state district that legislative leader Billy Tauzin, the former Energy & Commerce Committee chairman, once held was broken into pieces. Even though 7th District incumbent Boustany was placed in the pairing with Landry, the contest was never intended to be fair.

Boustany’s 7th District territory comprised 76 percent of the new 3rd CD, and included the congressman’s home and political base of Lafayette Parish. Landry’s New Iberia Parish domain was also transferred to the new 3rd, but the final configuration only contained 24 percent of his constituency. In the end, the district performed as intended. Each candidate racked up landslide proportions in their current regions, but Landry, having so little familiar turf, could not overcome the programmed disadvantage.

Boustany carried seven of the district’s 10 parishes, including Lafayette (71 percent), in the range of 68-75 percent. Landry took the three parishes from his former district, also in a similar percentage spread, winning New Iberia with a 70-30 percent margin and the other two parishes with 65 and 67 percent of the vote.

Louisiana also has a unique election system. Using their traditional “jungle” primary format where all candidates appear on the same ballot irrespective of political party affiliation, the state chooses to schedule their qualifying contest concurrently with the national general election. That way a majority of the vote elects the candidate obtaining such, and a run-off between the top two finishers scheduled for early December is held if no one tops 50 percent. Nationally, this makes at least some of Louisiana’s federal races the last to be decided.

Though Boustany finished first on Nov. 6th, his 44 percent total was well short of a majority, hence Saturday’s run-off. Only 19.3 percent of the district’s 500,592 registered voters participated in the run-off election, meaning 96,584 total votes were cast. Of that number, 16,835 people took advantage of the early voting option, meaning 82.6 percent of voters went to the polls this weekend.

Considering Louisiana’s tradition of not defeating incumbents of either party, Boustany can count on representing this seat at least until the end of the current decade. But, we may not have seen the last of Landry, either. Speculation was beginning to surface that, if he lost this run-off battle, we would see him enter next year’s Senate race against three-term incumbent Mary Landrieu (D). It is widely believed that Rep. Bill Cassidy (R-LA-6) is planning a Senatorial campaign, but this may not matter in the least to the now-defeated Landry.

Only one 2012 US House election remains unresolved, as the state of North Carolina has now certified Rep. Mike McIntyre (D) as the winner of their 7th Congressional District contest. After all of the ballots were finally recounted, McIntyre actually gained one tally and secured a now official 654-vote victory over state Sen. David Rouzer (R).

The North Carolina redistricting plan gave McIntyre a much more challenging seat, as thousands of Democratic voters in the Lumberton area were placed in a different district. The changes made the Wilmington-anchored southeastern North Carolina seat a very competitive one and will likely be so again in 2014.

The one remaining House seat to be decided will be finalized in southwest Louisiana (LA-3) on Dec. 8. There, two Republican incumbents face each other in a run-off election since neither captured a majority of the vote in the Nov. 6 statewide primary vote.

Rep. Charles Boustany (R-LA-7), originally elected in 2004, and freshman Rep. Jeff Landry (R-LA-3) are vying for the new 3rd District. Since the new 3rd is comprised from 76 percent of Boustany’s current constituency and includes his home political base of Lafayette, he is regarded to be the favorite for the run-off. But, as we have repeatedly seen, anything can happen in a low-turnout election.

NOTE: Former Rep. Jesse Jackson Jr.’s (D-IL-2) post-election resignation has caused a vacancy in his Chicago-anchored seat, which will be filled via special election early next year. The all-important Democratic primary is scheduled for Feb. 26, with the general election to be held March 19. A bill is making its way through the legislature to allow the governor to schedule the special general concurrently with the April 9 local and municipal elections, and is expected to pass. Current law requires all Illinois political vacancies to be filled within a 155-day period after the incumbent officially exits.