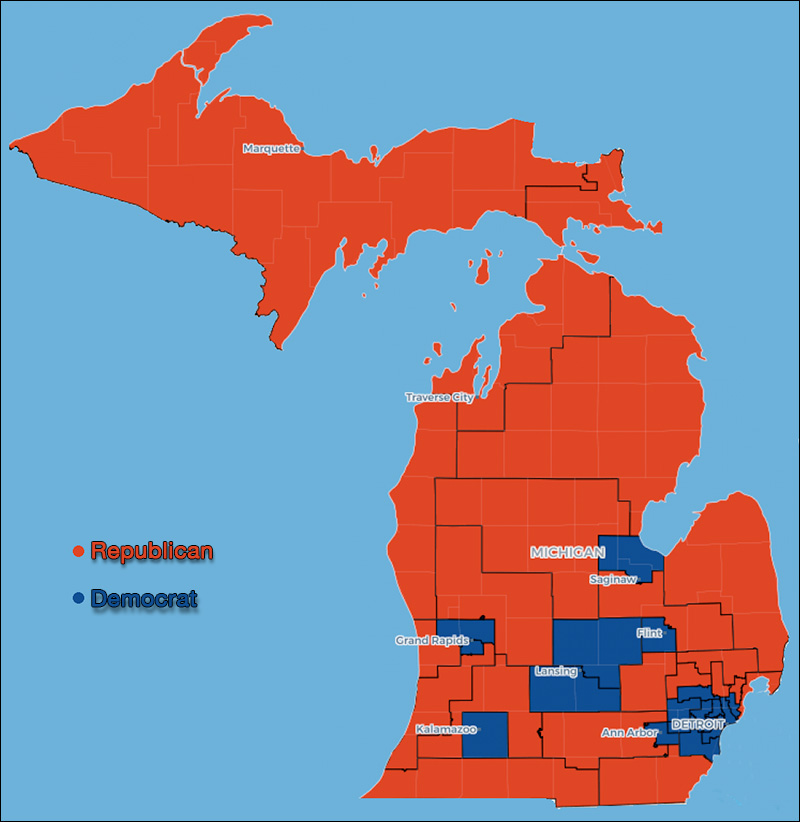 Michigan: State House Passes Bill to Move Primary — The Michigan House of Representatives approved a measure to move the state’s primary to the fourth Tuesday in February, just ahead of the Super Tuesday voting primaries. Michigan was one of the states that President Biden outlined in his suggested primary schedule changes. Dropping Iowa and adding Georgia along with the Wolverine State and keeping South Carolina, New Hampshire and Nevada as the five states with permission to vote before Super Tuesday recaps the president’s recommendations.

The Michigan Senate has already approved the primary election measure, which means the bill will head to Gov. Gretchen Whitmer (D) for her signature. Republicans opposed the legislation because moving the primary would cause them to violate the GOP party rules that only allow Iowa, New Hampshire, Nevada, and South Carolina to vote early. Such penalties could mean the forfeiting of 90 percent of a state’s delegate votes.

Expect the parties and states to come to a scheduling agreement in the near future. The first votes are scheduled for this time next year.

While the poll sponsors were highlighting Gallego’s performance, it is Sinema’s standing that has greatly improved since previous polls were made public. In the configuration with Gallego and Lake, Sen. Sinema, while still running in third place, improves her standing to 24 percent as opposed to 14 and 13 percent respectively in December and early January polls from Public Policy Polling and Blueprint Polling. Rep. Gallego and Lake were tied at 36 percent apiece.

When Normington Petts tested Sen. Sinema with Rep. Gallego and former Gov. Ducey, the congressman held a 37-31-27 percent advantage over the GOP ex-state chief executive and Sen. Sinema, respectively. The progression suggests that Sen. Sinema is coming into a competitive position as the prospective candidates begin to prepare for a three-way race.

Michigan: Ex-Congressman Contemplates Senate Race — Former US Rep. Mike Rogers (R), who chaired the House Intelligence Committee during part of his seven-term congressional career, confirms that he is considering making a return to elective politics with a potential US Senate run. The move would give the Republicans a strong contender in a state that routinely produces close statewide elections. Before his election to the US House, Rogers served six years in the Michigan state Senate. He has been in the private sector and the media since his retirement from Congress.

North Carolina: Sen. Tillis Out of Gov Race — Despite his name being added to ballot test questions from some pollsters surveying the impending open North Carolina governor’s race, Sen. Thom Tillis (R) made the definitive statement yesterday that he will not be a candidate for the state’s chief executive post. Sen. Tillis did say, however, that he expects a contested GOP primary to evolve. At this point, the leading Republican candidate appears to be Lt. Gov. Mark Robinson. Democratic Attorney General Josh Stein is the lone major announced contender in his party. 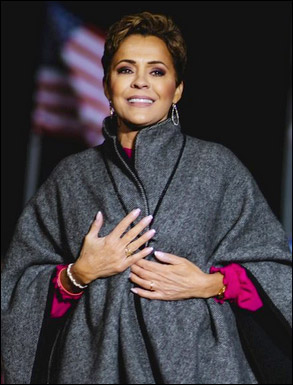 Arizona: Kari Lake (R) Considering Senate — Media reports from Arizona suggest that defeated gubernatorial candidate Kari Lake, a former multi-decade Phoenix news anchor, is considering entering the 2024 US Senate contest. This campaign will be unique since it features the incumbent, Kyrsten Sinema, originally elected as a Democrat running as an Independent.

Democrats could be headed for a tough primary battle between Reps. Ruben Gallego (D-Phoenix) and Greg Stanton (D-Phoenix). The latter man also served six years as Phoenix’s mayor before being elected to the House. Other potential Republican candidates include Pinal County Sheriff Mark Lamb and state Treasurer Kimberly Yee. This race will prove interesting since both eventual major party nominees and Sen. Sinema all would have legitimate victory scenarios in a tight three-way general election campaign.

CA-47: State Senator Declares for Porter’s Seat — The whirlwind of California political activities in early anticipation of the 2024 election continues. With Rep. Katie Porter (D-Irvine) already declaring for the US Senate and three others announcing for Rep. Adam Schiff’s (D-Burbank) House seat even though he has yet to say he’s running for the Senate, we now see a state legislator, Sen. David Min (D-Irvine), making a move.

Min announced his intention to compete for Rep. Porter’s open seat and will have the congresswoman’s endorsement. Since California state Senate seats are larger than congressional districts, Min’s overlay into the current 47th CD from his 37th District state Senate seat is substantial and includes the region’s anchor city of Irvine.

Louisiana: GOP Rep. Graves Poised to Enter ’23 Gov Race — It is believed that US Rep. Garret Graves (R-Baton Rouge), who was just elected to a fifth term in the House, will imminently announce his 2023 gubernatorial candidacy. With both Sen. John Kennedy (R) and Lt. Gov. Billy Nungesser (R) deciding not to run for governor and incumbent John Bel Edwards (D) ineligible to seek a third term, the race becomes wide open.

The early leader appears to be attorney general and former Congressman Jeff Landry (R), but with the candidate filing deadline set for Aug. 10 and the initial primary scheduled for Oct. 14, this race still has months to develop. Since this is an odd-year election, Rep. Graves would not have to risk his House seat in order to enter the statewide contest.

North Carolina: AG Josh Stein (D) Declares for Governor — Two-term state Attorney General Josh Stein (D), who barely won re-election in 2020 with a scant 50.1 – 49.9 percent majority, announced his bid for governor Wednesday. Gov. Roy Cooper (D) is ineligible to seek a third term in 2024, which will lead to another tight North Carolina open statewide campaign. Stein, who is the early favorite to win the Democratic nomination, will probably face Republican Lt. Gov. Mark Robinson, who looks to have the inside track toward becoming the GOP standard bearer. We can expect another close statewide election in this highly competitive political state.

The congressional member endorsements were a bit surprising since polling suggests that Mayor Lightfoot’s top competitor is their colleague in the House of Representatives, Congressman Jesus “Chuy” Garcia (D-Chicago). The mayoral election is Feb. 28. If no candidate receives majority support, the top two finishers will advance to an April 4 runoff election.