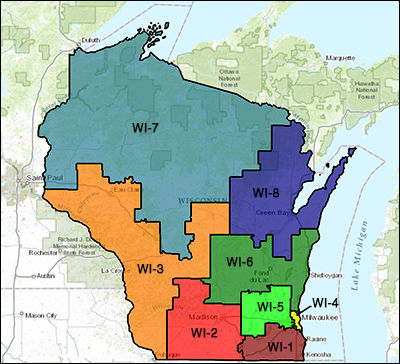 END_OF_DOCUMENT_TOKEN_TO_BE_REPLACED

• IA-2: In a 2020 open-seat election in this southeastern Iowa congressional district, the Republican challenge is at least as difficult as opposing seven-term incumbent David Loebsack (D-Iowa City), who is now retiring. Democrats have already coalesced around ex-state senator Rita Hart (D-Wheatland), a soybean farmer and former educator from Clinton County.
In 2018, Hart was the Democratic nominee for lieutenant governor on the ticket that businessman Fred Hubbell lost in a close race to Gov. Kim Reynolds (R). It is an unusual situation when an incumbent party must defend an open seat and winds up with an unopposed candidate in the primary, but that is what has occurred here.
END_OF_DOCUMENT_TOKEN_TO_BE_REPLACED

April 14, 2020 — Following our Overview of the Senate races yesterday, today we look at the 10 most competitive campaigns. At this point, just one toss-up appears on our board, the North Carolina race featuring Sen. Thom Tillis (R) and ex-state Sen. Cal Cunningham (D). Six seats fall into the “lean Republican” column, while three trend Democratic.

• Thom Tillis (NC) – Over the years, the North Carolina electorate has defeated more incumbent Senators than any state. Therefore, all incumbents seeking re- election are almost always placed in a toss-up situation. The 2020 race is no exception. First-term Sen. Thom Tillis (R) and former state Sen. Cal Cunningham (D), who easily won the Democratic primary on March 3rd, advance to what will become one of the premier general election campaigns in the country.

• Doug Jones (AL) – Sen. Doug Jones (D) won his seat three years ago in what can be described as an “accidental victory” when Republican Roy Moore, a former state Supreme Court Chief Judge who was the party’s 2017 special election nominee, self-destructed. Now, Sen. Jones stands for a full term and he will either face retired Auburn University head football coach Tommy Tuberville or former US Attorney General and Alabama senator, Jeff Sessions.
The Republican runoff will be decided July 14, after the original secondary election schedule was moved from March 31. With President Trump leading the Alabama ballot in what will be one of his strongest states, it’s hard to see a scenario where Sen. Jones wins re-election now that Judge Moore has been eliminated from further competition.

• Kelly Loeffler (GA) – Appointed Sen. Kelly Loeffler appears to be in deep political trouble. With her sale of more than $18 million in stocks and making COVID-19-related investments just after receiving virus-related Senate briefings, the new incumbent has seen adverse publicity tank her personal favorability rating, regardless of whether her story of not being directly connected to the transactions is true or not. Today, it appears difficult to foresee a path back to competitiveness for the novice politician.
That’s not to say the Republicans will lose the seat, however. Rep. Doug Collins (R-Gainesville) leads every jungle primary poll by substantial numbers and looks to be in the best position to win the seat. The Democratic Senatorial Campaign Committee has already endorsed Baptist pastor Raphael Warnock over Atlanta businessman Matt Lieberman, son of former Connecticut senator and 2000 vice presidential nominee Joe Lieberman, and ex-US Attorney Ed Tarver. The jungle primary runs concurrently with the Nov. 3 general election. If no one captures a majority of the vote in the primary, the top two finishers advance to a Jan. 5, 2021 runoff election.

END_OF_DOCUMENT_TOKEN_TO_BE_REPLACED

April 13, 2020 — Taking advantage of the lull in active campaign time because the COVID-19 stay-at-home orders in effect around the country yields a relatively stable political picture, we have developed early ratings for this year’s 35 US Senate races. Of course, this comes with the understanding that great unknowns associated with the virus after-effects on the US and world economies will certainly alter the political climate.

As we know, 33 in-cycle Senate races are on the board for November along with two special elections, one in Arizona and the other in Georgia. In this cycle, Republicans must defend 23 of the states hosting Senate races as compared to just 12 for the Democrats. This is almost a complete reversal of the 2018 political map when Democrats were forced to defend 26 of 35 electoral contests.

To review, appointed Sen. Martha McSally (R-AZ) must run in November to attempt to secure the remaining two years of the late Sen. John McCain’s (R) final term. In the Peach State, appointed Sen. Kelly Loeffler (R-GA) will be on the ballot in hopes of winning her first election, which would yield her two more years of service in replacing resigned Sen. Johnny Isakson (R).

Looking at the entire Senate picture after reviewing all 35 races, it appears that 18 of the 35 campaigns can be considered safe for the incumbent party (10R; 8D). The GOP has five “Likely Republican” races and six more that lean their way today. The Democrats have two “Likely Dem” contests and three more that currently tilt in their direction. We consider only one race a toss-up at this point in the election cycle.

Already in this cycle, we project three conversion situations landing in the “Lean” category for the challenger party, two R to Ds, and one D to R. And, we will take a closer and more expansive look at these “Toss-up” and “Lean”-rated situations in an update tomorrow.