The poll, however, (March 6-8; 1,017 registered Wisconsin voters) may be a better indication of what happens to former politicians once they leave office for an extended period of time instead of a clear forecast of the upcoming campaign. Typically, former office holders are viewed more favorably the longer they have been out of office, as Feingold’s 46:35 percent approval ratio attests. Five years ago, the Wisconsin electorate defeated him 52-47 percent, preferring newcomer Johnson.

Irrespective of political history, the polling result certainly doesn’t bode well for Sen. Johnson. His own job approval is an upside-down 32:40 percent, which is not too surprising for a PPP survey. The firm typically finds public officials of both parties holding negative ratings, much more so than other firms.

This latest Wisconsin study is no exception. Of the eight current and former politicians tested, only two, Feingold and Rep. Paul Ryan (R-WI-1), had positive ratings. The state’s other senator, first-term Democrat Tammy Baldwin, is also in negative territory. The poll respondents rated her performance as 38:42 percent favorable to unfavorable.
END_OF_DOCUMENT_TOKEN_TO_BE_REPLACED

Sen. Johnson has been commonly viewed as one of the more vulnerable Republicans standing for re-election in 2016. Wisconsin is a volatile political state, but historically has voted Democratic. Gov. Scott Walker’s (R) three consecutive wins and Johnson’s victory five years ago, however, suggest that the state is becoming highly competitive. In fact, since 2010, inclusive, Republicans have actually won four of the six Wisconsin statewide federal races. So, Feingold cannot expect an easy road back to the Senate.
END_OF_DOCUMENT_TOKEN_TO_BE_REPLACED

Kander, 33, a former two-term state Representative from the Kansas City metropolitan area, won a close 2012 race for Secretary of State – ironically, a position Blunt himself held from 1985-1993 – defeating Republican Shane Schoeller by just over 39,000 votes out of more than 2.6 million ballots cast.

He will face an uphill battle against Sen. Blunt, one of the best prepared and battle tested of Republican incumbents. Winning a landslide 54-41 percent victory against then-Secretary of State Robin Carnahan (D) in 2010, Blunt is now chairman of the Senate Rules and Administration Committee in the new Republican majority. Elected to the House from the southwestern 7th Congressional District in 1996, he quickly rose to the position of Chief Deputy Majority Whip, and was elected both Majority and Minority Whip.
END_OF_DOCUMENT_TOKEN_TO_BE_REPLACED 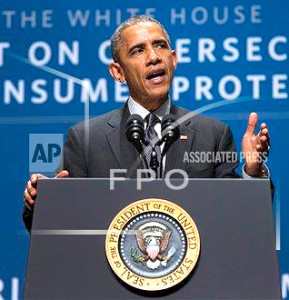 Doesn’t the actual voting pattern established in the two Obama elections supersede their observation about presidential job performance? Remembering, that voters in only two states, Indiana and North Carolina, changed their allegiance during those two election periods (both from President Obama to Mitt Romney), and that 48 states and the District of Columbia voted consistently, suggests a new prototype may have formed. This is further supported by the fact that 47 states and DC voted consistently during the George W. Bush years.
END_OF_DOCUMENT_TOKEN_TO_BE_REPLACED

Looking at the early version of the 2016 map, it appears that the eventual Democratic nominee can count on carrying 16 states for a total of 196 Electoral Votes. Conversely, Republicans can reasonably tally 23 states in their column for a base EV total of 179. Adding another 33 votes from the former swing states of Virginia, Colorado, New Mexico, and Nevada brings the adjusted Dem total to 229, or just 41 votes shy of victory.
END_OF_DOCUMENT_TOKEN_TO_BE_REPLACED

Wisconsin’s Gov. Scott Walker (R) appears to be the first unofficial national candidate to release a video promoting what looks to be the underpinnings of a 2016 presidential campaign; and, the piece is not your typical soft bio ad.