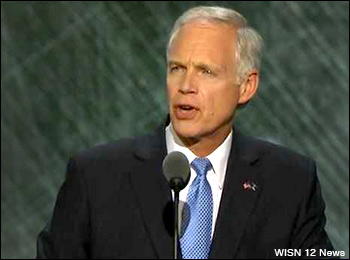 END_OF_DOCUMENT_TOKEN_TO_BE_REPLACED

The man commonly viewed as the most likely opponent to first-term Wisconsin Sen. Tammy Baldwin (D) next year won’t run. Rep. Sean Duffy (R-Wausau) released a statement saying it is “not the right time” for him to undertake a statewide venture.

In a public statement covered by his hometown newspaper, the Wausau Daily Herald, Rep. Duffy said, “After much prayer and deliberation, Rachel and I have decided that this is not the right time for me to run for Senate. We have eight great kids and family always comes first. … I’ll continue to work my heart out for the families of the 7th District, and I’m excited about the great things we will accomplish with our united Republican government.”

While the congressman did not formally announce for re-election, the gist of his statement suggests that he is not retiring from elective politics.

Several prominent Republicans are looking at the Senate race, and many will continue to engage in serious contemplation especially since Duffy will not be among the field of candidates.