Aug. 18, 2020 — The largest of the states hosting a primary today, Florida joins Alaska and Wyoming in holding their nominating elections. With no Senate or governor campaign on the Florida ballot this year, we look to the 27 US House districts. Of those, we see action in eight CDs today, with two of them almost assuredly choosing congressional successors in two open Republican districts.

In the northern Florida 3rd District, Rep. Ted Yoho (R-Gainesville) is serving his fourth and final term in the House. Back in 2012, he pledged to serve no more than four terms to coincide with the state’s “Eight is Enough” (meaning years in office) term limit law for state legislative candidates.

This race could be a free-for-all finish tonight among the 10 Republican candidates in this 56-40 percent Trump ’16 district, as raised money is relatively evenly distributed among the top four candidates. Dr. James St. George, however, has added $600,000 of his own funds to the race.

The other top candidates appear to be businessman and former congressional staffer Judson Sapp, who has many endorsements from the Florida delegation, former Gainesville City commissioner Todd Chase, and an ex-Yoho House staff member, Kat Cammack. Tonight’s winner virtually punches his or her ticket to the succeeding Congress in January.

The other open seat comes in southwest Florida, where two-term Rep. Francis Rooney (R-Naples/Ft. Myers) is retiring. This is another multi-candidate Republican primary for a seat that is even safer than the aforementioned Yoho district (Trump ’16: 60-37 percent).

This contest has a combination of wealthy self-funders, Marine Corps veteran and businessman Casey Askar who has invested over $3 million into his campaign, and local physician William Figlesthaler who has added $2 million of his own funds. Following are two local officeholders, state House Majority Leader Dane Eagle (R-Cape Coral), and state Rep. Byron Donalds (R-Naples). These four appear to be the top candidates, one of whom will prevail tonight and head to Washington as a member of the new House of Representatives.

The other major attraction tonight is in the state’s 15th District, anchored in the city of Lakeland. Here, freshman Rep. Ross Spano (R-Dover) has been under investigation for accepting improper loans to his 2018 campaign. The controversy was one major reason that Lakeland City Commissioner Scott Franklin (R) joined the race.

END_OF_DOCUMENT_TOKEN_TO_BE_REPLACED 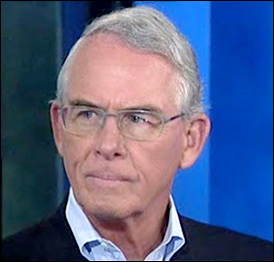