END_OF_DOCUMENT_TOKEN_TO_BE_REPLACED

Does Arizona hold the key in a Trump-Biden election?

Sept. 16, 2020 — For several reasons, the Grand Canyon State of Arizona is possibly the most important state on the political map to determine the ultimate presidential election outcome.

Primarily, Arizona is one of five core states that President Trump must win to form a foundation for a favorable remaining state coalition map. The other four, geographically from west to east, are Texas, Georgia, Florida, and North Carolina. Should Joe Biden break through in any one of these five states, he will likely win the national election.

At this point, Arizona appears to be the most precarious of the Trump core states. While the President’s numbers are improving here, the September polls find him trailing Biden in all six publicly released surveys from a range of one to nine points among likely voters, with a mean average of Biden plus-4, and a median of Biden plus-3.5.

The five states are so critical to President Trump, or any Republican national candidate, because, as a unit, they yield a relatively easy remaining victory map. Carrying the five southern sector domains and assuming no leakage in Ohio or Iowa, and even while not winning Nevada or New Hampshire, the GOP nominee then claims the presidency with a victory in any one of the key Great Lakes states: Michigan, Minnesota, Pennsylvania, or Wisconsin. For a Democrat to win under this scenario, he or she would be forced to sweep the aforementioned quartet.

President Trump won the 2016 Electoral College vote 306-232, which means he can relinquish a net 36 electoral votes in 2020 and still win the national election. Under the scenario of him taking either Wisconsin or Minnesota, along with keeping Arizona, he would defeat Biden with exactly 270 electoral votes. This model also assumes he wins the 2nd Congressional District from both Nebraska and Maine, the two states that split their electoral votes. He won both in 2016. Under this scenario, Michigan and Pennsylvania would go to Biden.

Arizona, now potentially teetering toward the Democrats, is critical to the president’s prospects because Trump cannot afford to trade it for one of the western Great Lakes States, either Minnesota or Wisconsin. Such a loss would force the president to win two of the four Great Lakes, but only one could be Minnesota or Wisconsin since those two states have 10 electoral votes and Arizona has 11.

Therefore, simply put, losing Arizona because of its 11th electoral vote would mean that Trump would be forced to carry either Michigan or Pennsylvania in addition to one of the other three remaining Great Lakes States. A further scenario involving Trump losing Arizona and replacing it with both of the 10-electoral vote states (MN and WI) could result in the election ending in a 269-269 tie. This would force a tiebreaker to be decided in the US House of Representatives.

Let’s look at the chances of Trump winning Arizona by comparing his current standing to where he was at this point in 2016. Looking at the Real Clear Politics polling archives, we find that 19 Arizona polls were conducted during the entire 2016 election cycle. In 2020, just since the July 4th holiday break, 25 surveys were publicly reported in the Grand Canyon State.

Therefore, Arizona did not turn toward Trump for good until the Monmouth University survey in late October (Oct. 21-24, 2016), which put him just one point ahead. Going into the election from that point, and remembering the 2016 election was on Nov. 8, Trump led in the final four polls from a two to five-point margin. He would eventually win the actual vote count by 3.6 percentage points, 48.7 – 45.1 percent, meaning a raw vote margin of 91,234 votes of more than 2.573 million ballots cast.

Because of Arizona’s fast population growth, the state has changed in four years. During that interval, the overall population expanded five percentage points to 7,278,717 individuals according to the Census Bureau’s July 2019 estimate, the latest available.

Minorities, specifically Hispanics and blacks, account for approximately 69 percent of the population gain, thus at least partially explaining Biden’s improved prospects in the state. Overall, Hispanics represent 31.7 percent of the overall Arizona population, and blacks 5.2 percent, as compared to the non-Hispanic white position receding to 54.1 percent.

The population changes suggest that this already tight political state will likely become even closer as we head for Nov. 3.

END_OF_DOCUMENT_TOKEN_TO_BE_REPLACED 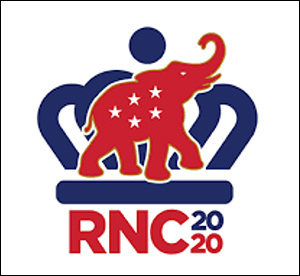