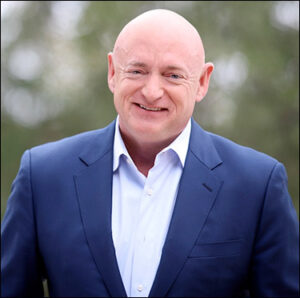 Arizona: Two Tight Polls — In the 2020 special US Senate election, then-candidate Mark Kelly (D) consistently ran ahead of then-Sen. Martha McSally (R) and by an average of 7.1 percentage points in 21 polls conducted from Oct. 1 to Election Day, but only won the race, 51-49 percent. In the 2020 cycle, we see much closer polling as two new surveys exemplify.

The pair of studies, both taken during the Sept. 6-7 period, are from Emerson College (627 likely Arizona voters; multiple sampling techniques) and the Republican research firm Insider Advantage (550 likely Arizona voters). Emerson finds the race well within the polling margin of error at 47-45 percent, while the IA result projects a 45-39 percent division. Both post Sen. Kelly leading Republican nominee and venture capitalist Blake Masters.

AK-AL: More Ranked Choice Analysis — The Fair Vote organization, which is the principal promoter of the Ranked Choice Voting system, released a further analysis of the RCV vote in the Alaska special election that elected Democrat Mary Peltola, even though she attracted only 40 percent of the actual vote. The Ranked Choice advocates claim the system rewards the candidate who has the broadest support, but it tends to do the opposite since candidates with minority support have won most of the major races where the system has been used.

The analysis suggests that had candidate Nick Begich III been opposite Peltola in the final round instead of former governor and vice presidential nominee Sarah Palin, he would have won the race. The Fair Vote analysis reveals that 59 percent of the Palin vote would have gone Begich’s way — as opposed to Palin gaining only 50.3 percent of the Begich second choice votes. The bigger difference, however, was Peltola attracting only six percent of the Palin second-choice votes as compared to the 28 percent she received from Begich voters.

What the analysis fails to include, however, are the more than 11,000 Begich voters whose ballots were not counted in the second round. The analysis claims those people simply didn’t make an additional ranked choice, but in reality, it may be due to a lack of understanding the confusing system. In other places, attorneys who have challenged the system report that most ballots are disqualified because the voter inaccurately completed the ballot. Since Palin lost by 5,219 votes, more than 11,000 non-counted Begich ballots could have made the difference, and it is likely that a large number of these had their ballots disqualified as opposed to not making a choice. Therefore, the Fair Vote conclusion that Palin lost because the Begich voters eschewed her may not be entirely accurate.

Arizona: Evolving Dead Heat Race — The aforementioned pair of Arizona polls from Emerson College and Insider Advantage (see Arizona Senate race above) forecasts an even closer race for governor than they do for US Senate. Emerson College projects a straight tie between Secretary of State Katie Hobbs (D) and former Phoenix news anchor Kari Lake (R), with both candidates posting 46 percent support scores. Insider Advantage finds a similar result with Hobbs leading by the slightest of margins, 44-43 percent.