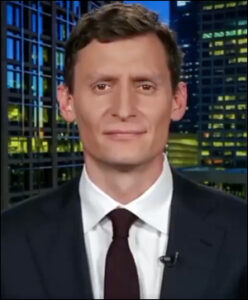 Venture capitalist Blake Masters (R) — up … and down in Arizona

BC (July 26-27; 800 likely Arizona Republican primary voters; live interview), however, forecasts Lamon as forging a small lead, 30-28-16 percent, over Masters and Brnovich. While it appears the race is becoming a two-way affair between Masters and Lamon, the final result will almost certainly come down to the two men being separated by just a handful of votes.

Pennsylvania: Fetterman Continues to Increase Lead — Fox News was polling the Pennsylvania races (July 22-26; 908 likely Pennsylvania general election voters; live interview), and in the Senate race confirms what other pollsters are seeing. That is, Lt. Gov. John Fetterman (D), despite being absent from the campaign trail as he recovers from a stroke, continues to build a lead over Dr. Mehmet Oz, the Republican nominee. The Fox numbers post Fetterman to a 47-36 percent margin, his largest advantage of any polling result to date.

Dr. Oz’s biggest problem continues to be his personal image. This Pennsylvania polling sample rated him as 35:55 percent favorable to unfavorable. This compares to Fetterman’s 49:34 percent positive image.

FL-13: A Changing Race — A new Florida Republican congressional poll suggests a contender is poised to usurp the race leader as we move within a month of the Florida primary. American Viewpoint, polling for the Kevin Hayslett campaign (July 24-27; 400 likely FL-13 primary voters; live interview) sees their client, who is a Pinellas County attorney, pulling to within two percentage points of race leader Anna Paulina Luna, 36-34 percent, with attorney and 2020 candidate Amanda Makki (R) dropping back to nine percent.

Since the AV last surveyed the district in late June, Hayslett has improved from trailing in a 42-19 percent margin to his current two-point deficit. It appears that Hayslett is the one having the upward momentum as the candidates enter the home stretch prior to the Aug. 23 primary election.

MI-3: Democratic Ploy Backfiring — The Democratic Congressional Campaign Committee (DCCC) has been attempting to influence Republican primaries by attacking certain contenders as being too conservative, knowing that such a message would help move Republican primary base voters to the candidate Democrats believe as being the weakest.