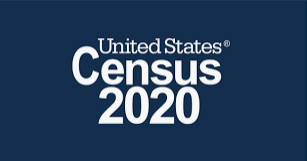 END_OF_DOCUMENT_TOKEN_TO_BE_REPLACED

Dec. 7, 2018 — New population growth numbers are now available from the Census Bureau, allowing us to gain more clues about how the coming 2020 post-census apportionment might look for the nation’s congressional districts.

Every 10 years, states gain and lose CDs based upon their total population and percentage growth figures. The current US population of 327,774,453 represents a growth rate of 5.96 percent when compared to 2010.

On the other hand, eight states, led by Wyoming (-0.97 percent), actually lost population during the year. The others are West Virginia, Illinois, Alaska, Hawaii, Mississippi, Louisiana, and North Dakota.

END_OF_DOCUMENT_TOKEN_TO_BE_REPLACED

June 2, 2017 — There are always seemingly conflicting reports about the actual number of people who register to vote and the corresponding number who are even eligible to participate, but we are now closer to having more definitive information courtesy of the US government.

The Census Bureau recently released its biennial national report on voter registration, which provides us some definitive answers to the aforementioned observations. According to their report, the 2016 presidential total vote, rounded to 137,537,000 though the actual recorded total registers 136,792,535 ballots cast, set an all-time participation record exceeding the 131,426,292 total tallied from the previous national high (2008; Obama vs. McCain presidential election).

According to the Census Bureau report, 71.2 percent of citizens over the age of 18 are registered to vote. The Pew Charitable Trusts Research & Analysis department, which dissected the government’s findings, sees this number as a slight increase over the 70.3 percent total registration figure found soon after the 2012 presidential contest.