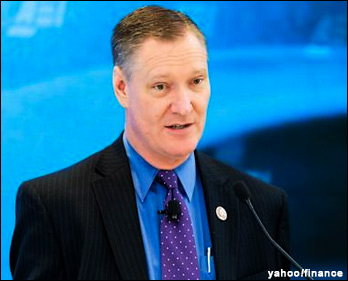 April 21, 2021 — The growing list of US House vacancies has risen again, but this one came as a surprise. Ohio Rep. Steve Stivers (R-Columbus), who had raised close to $1.4 million in the first quarter of 2021 in testing the waters for a possible US Senate campaign, has decided to leave elective politics altogether.

Effective May 16, Stivers will resign from the 15th District in the Buckeye State’s US House delegation in order to become President/CEO of the Ohio Chamber of Commerce. His about-face from joining the open Senate race leaves former Ohio Republican Party chair Jane Timken and ex-state Treasurer Josh Mandel in the GOP field along with author and venture capitalist J.D. Vance, who appears ready to enter.

Also in the contest are businessmen Mike Gibbons, a 2018 US Senate candidate, and Bernie Moreno. North Ohio state senator and Cleveland Indians baseball club minority owner Matt Dolan is also a possible Republican candidate. Democrats appear to be coalescing around Rep. Tim Ryan (D-Warren/Youngstown), though he has yet to formally announce his Senate campaign.

The Stivers move could open the door for one or more of his congressional colleagues who have been considering the Senate race, namely Reps. Mike Turner (R-Dayton), Bill Johnson (R-Marietta), and David Joyce (R-Russell Township).

The Stivers’ seat will become the fifth vacated House district once he departs in the middle of May and the Louisiana congressional vacancy (LA-2) is filled in a special election this Saturday, April 24. Currently, in addition to Rep. Stivers, seven House members have announced they will not be standing for re-election in 2022, either retiring or seeking a different office.

Once Rep. Stivers officially resigns, Gov. Mike DeWine (R) will schedule a replacement special election for the balance of the term. It is more than likely he will follow the same calendar set for the state’s other congressional vacancy, the 11th District of former representative and now-Housing & Urban Development Secretary Marcia Fudge (D-Cleveland/Akron).

The 11th CD schedule calls for a partisan primary on Aug. 3 with the general election Nov. 2. Ohio election law allows for special elections to be called only in certain months, hence the long cycle for these vacant seats.

The 15th District sits largely in the center of the state and occupies approximately 20 percent of Franklin County, including part of the city of Columbus, and also contains all or portions of 11 other counties. The seat encompasses the rural areas west, southwest, and southeast of the Columbus metro area. It is traditionally Republican, though a version of the seat elected Democrat Mary Jo Kilroy in the 2008 election after eight-term Rep. Deborah Pryce (R) had retired. Kilroy defeated Stivers, then a state senator, in a close 46-45 percent result. He returned for a re-match in 2010 and won a convincing 13-point victory, ousting Kilroy after just her first term in office. Since his first victorious congressional election, Stivers averaged 63.1 percent of the vote over five re-election campaigns.

In presidential elections, the 15th District backed Donald Trump in both of his national elections, 56-42 percent last November, and 55-40 percent against Hillary Clinton in 2016. We can expect a crowded special Republican primary with the eventual nominee beginning the general cycle as the favorite. Democrats can be expected, however, to field a credible nominee and will likely make a concerted effort to win the special election.

Though Ohio is set to lose a congressional district in reapportionment, the 15th, which touches the main growth region of the state, in and around Columbus, will likely remain relatively intact. According to the latest available Census records, the 15th would need to gain less than 10,000 residents, while adjacent Districts 3 (Rep. Joyce Beatty-D) and 12 (Rep. Troy Balderson-R), the only two over-populated CDs in Ohio, must shed people.

END_OF_DOCUMENT_TOKEN_TO_BE_REPLACED

Sept. 29, 2015 — Much speculation is surrounding Speaker John Boehner’s impending resignation, but what facts are confirmed? Several House members are already testing their viability in potential races for Majority Leader or Whip because, at this time, it appears Rep. Kevin McCarthy (R-CA-23) will run for, and be elected, Speaker.

Boehner will resign the speakership and his OH-8 House seat on Oct. 30. His decision to leave the leadership and congressional position he has held since first winning in 1990, after serving three terms in the Ohio state legislature, is obviously motivated by many factors.

The resignation announcement, however, comes just days after reports surfaced that Democrats were prepared to “save” Boehner in a vote whether to continue his speakership. Since Rep. Mark Meadows (R-NC-11) had filed a motion to vacate the chair, a vote would be taken. The Democrats, either delivering the required number of votes to ensure a Boehner win or, more likely, abstaining so that the Speaker’s plurality would become a majority. Such an outcome would have realistically doomed him, leaving him virtually powerless.