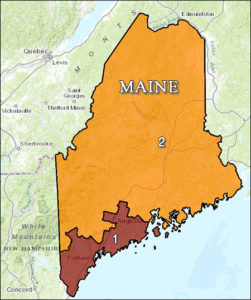 END_OF_DOCUMENT_TOKEN_TO_BE_REPLACED

As more and more election data makes its way into the public domain, the less sense some key voting patterns seem to be making.

Last week we reported on the turnout patterns for all 50 states and made the observation that voter participation dropped in 35 states when comparing the 2014 mid-term election to the 2010 mid-term. At the time, 2010 was considered to have yielded a low voter model, even in a mid-term election context.

The main conclusion being drawn from the aggregate data is that we may be returning to a similar electoral pattern that we saw in the pre-Reagan era, where Republicans did well in low turnout elections and Democrats excelled when voter participation was higher. This pattern has clearly taken hold since 2006. But, we find more to the 2014 turnout model when looking beyond a cursory overview.

As we know, the Senate races dominated the political landscape in this past election and saw Republicans gain nine seats to create a new 54R-46D majority (counting the two Independents who caucus with the Democrats). One would figure that, when overlaying the aforementioned observation, the GOP victories came because turnout dropped lower than even four years ago. In fact, the exact opposite is true.
END_OF_DOCUMENT_TOKEN_TO_BE_REPLACED

With states allowing a greater volume of absentee balloting, elections take much longer to call. Several remain in abeyance, waiting either for final votes to arrive or an arbitrary date for which to begin counting. Many of these races are in California, where hundreds of thousands of mail ballots remain uncounted.

In the Senate, aside from the Louisiana run-off now scheduled for Dec. 6, Alaska and Virginia are not yet officially called but the outcome in both cases is clear.

In the Last Frontier, it’s just a matter of time before GOP nominee Dan Sullivan is declared the winner. Waiting to count the votes from the state’s vast outlying areas, incumbent Sen. Mark Begich (D) would have to attract almost two-thirds of the remaining ballots. With a Sullivan lead over 8,000 votes, Begich trailing for the last few weeks in polling, and the very real Republican wave that we witnessed last night, it is a sure bet that we can add this incumbent to the list of defeated Democratic senators.
END_OF_DOCUMENT_TOKEN_TO_BE_REPLACED

Several polls were released yesterday that bring some clarity to key races, most of which are considered sleepers or opportunity races for one side or the other.

Republicans talk about their chances to convert the western district of Maine (ME-2), the open seat vacated by Rep. Mike Michaud’s (D) run for governor. Democrats believe they have found a strong candidate to challenge Rep. Steve King (R) in Iowa, and the open NJ-3 seat is also high on the Democrats’ opportunity list.

The polling data seems to favor the incumbents’ party in each of these instances, however.

The poll is part of a statewide survey of 400 Maine voters, so the 2nd District questions are asked of a polling segment. With a low sample size and a long interview period, the error factor is quite high, therefore, all we can legitimately deduce from the data is that the race is very close.
END_OF_DOCUMENT_TOKEN_TO_BE_REPLACED

In our ongoing search to find intriguing campaigns below the political radar, we see two congressional races gaining more credibility. Though specific polling data now shows upset possibilities for a Maine Republican and an Iowa Democrat, just how reliable are the results?

Iraq War veteran Jim Mowrer (D) has captured some previous national attention with his prodigious fundraising in his battle with six-term western Iowa Rep. Steve King (R). Now well on his way to raising $2 million for his challenge campaign against King, a new poll gives Mowrer confirmation that he is positioning himself in upset territory.

DFM Research, a Minneapolis Democratic polling firm, conducted a 4th District survey for the Sheet Metal, Air, Rail, and Transportation Union (Sept. 20-23; 450 IA-4 residents) largely for purposes of questioning people about transportation issues, specifically surrounding rail. The congressional and US Senate questions were of secondary importance. Because of that, the data contains some glaring political weaknesses.

The DFM conclusion suggests that Rep. King has only a 46-43 percent advantage over Mowrer. But keep in mind that the sampling universe was not even screened for registered voters, let alone those most likely END_OF_DOCUMENT_TOKEN_TO_BE_REPLACED

The irony of House Majority Leader Eric Cantor (R-VA-7) losing his primary election last night when several hundred miles to the south Sen. Lindsey Graham (R-SC), long known for his trouble within the Republican base, would defeat a field of six opponents with 56 percent of the vote, must be acknowledged. Even as late as yesterday, most people would not have believed such a predicted outcome. Yet, it happened.

Cantor lost for varying reasons. First, his perceived position of supporting amnesty as part of the immigration issue proved a lightning rod against him within the conservative base.

Second, the majority of his central Virginia Republican electorate clearly believed he is part of the problem in Washington.

Third, the campaign strategy of attacking opponent David Brat as a liberal clearly backfired and was ill-advised. It is unlikely that painting someone who hails from the Tea Party as a “liberal” would carry any credence with a voter who pays attention. Knowing that the turnout would be low – and it was, 65,000-plus GOP voters – a END_OF_DOCUMENT_TOKEN_TO_BE_REPLACED

The special three-judge state panel hearing the redistricting challenge to the legislative and congressional maps unanimously, and with a mention that partisanship was left out of their decision, ruled in favor of the state of North Carolina. This means that the Republican-drawn maps will continue to stand.

The decision will undoubtedly be appealed to the state Supreme Court, but a panel with a Republican majority is unlikely to overturn a Democratic special court that found in the state’s favor.

There are two key practical effects from the ruling. First, as it relates to the US Supreme Court’s Shelby County v. Holder opinion, it is now highly unlikely that the maps will be redrawn prior to the next census. Thus, the Shelby County decision will not likely come into play here until 2021. Since North Carolina has live redistricting litigation ongoing, as does Florida, Arizona, and Kentucky, an overturn of the state’s map could have had a major effect upon any new court-mandated drawing.

Second, one of North Carolina’s remaining four Democratic seats, the 7th District of Rep. Mike McIntyre, saw the closest finish of any 2012 US House race. McIntyre was re-elected over former state Sen. David Rouzer with a mere 654-vote margin from more than 336,000 ballots cast. With Rouzer already running again and facing a mid-term turnout model without President Obama leading the Democratic ticket, it makes McIntyre the most endangered Democrat in Congress. A redraw would have greatly helped him. Now without such a boost, does McIntyre even run again? The coming weeks in the southeastern corner of END_OF_DOCUMENT_TOKEN_TO_BE_REPLACED