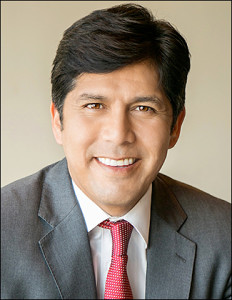 END_OF_DOCUMENT_TOKEN_TO_BE_REPLACED

March 13, 2018 — California candidate filing closed on Friday, and the jungle primary scheduled for June 5 will be a crowded affair.

Sen. Dianne Feinstein (D), seeking a fifth full term in office, will face 39 Democrat, Republican, minor party, and Independent opponents on the qualifying election ballot. The top two finishers on June 5, regardless of political party affiliation, will advance to the general election. At this point, chances are strong that Sen. Feinstein and state Senate President Kevin de Leon (D-Los Angeles) will be the qualifying candidates.

The open governor’s race is even more crowded. Sixty candidates returned documents for ballot placement. Lt. Gov. Gavin Newsom (D) is favored to finish first, but the major remaining question concerns whether Republicans can coalesce behind one candidate to at least compete in the general election. Seventeen Republicans and 15 Democrats will be listed on the ballot if all submitted the proper qualifying documentation. The remaining contenders belong to a minor party or are Independents. The most likely pair to advance is Lt. Gov. Newsom and former Los Angeles Mayor Antonio Villaraigosa, thus creating the double-Democratic general election campaign that Republican leaders hope to avoid.

END_OF_DOCUMENT_TOKEN_TO_BE_REPLACED

Dec. 9, 2016 — Rep. Xavier Becerra (D-Los Angeles) has yet to resign his seat after Gov. Jerry Brown (D) officially appointed him to replace Senator-Elect Kamala Harris (D) as California’s Attorney General, but already a crowded field to replace him is forming.

The 34th is a heavily Democratic district that features a 64.1 percent Hispanic population, and will almost assuredly evolve into a run-off between two Democrats.

Immediately upon Rep. Becerra being tabbed as the appointment, former state Assembly Speaker John Perez (D) declared his congressional candidacy. His action has hardly scared anyone away, however. State Assemblyman Jimmy Gomez (D) then announced his candidacy, as did labor union activist Wendy Carillo (D). Also in the running is former Los Angeles City Council aide Sarah Hernandez (D), who claims she has put together more than $100,000 for a congressional run.

END_OF_DOCUMENT_TOKEN_TO_BE_REPLACED

The daily open Golden State Senate report includes an announcement from Attorney General Kamala Harris (D) that she will run for retiring Sen. Barbara Boxer’s (D) office. The development was expected after Lt. Gov. Gavin Newsom made public his intention to remain in his current job, and then attempt to succeed incumbent Jerry Brown (D) when the latter is ineligible to seek another term in 2018.

But, the Harris decision to enter the Senate race is apparently not dissuading other contenders. Both former Los Angeles Mayor Antonio Villaraigosa (D) and Rep. Loretta Sanchez (D-CA-46) immediately issued separate statements reaffirming that they are both individually “seriously considering” becoming Senatorial candidates. Twenty-two Democrats and twelve Republicans confirm publicly that they have not yet ruled out running for the California Senate seat, the first such open contest in 24 years.
END_OF_DOCUMENT_TOKEN_TO_BE_REPLACED

Several prospective candidates for various offices made official yesterday their plans not to seek another position.

Rep. Paul Ryan (R-WI-1), the 2012 Republican vice presidential nominee, confirmed that he will not run for president in 2016.  Always mentioned as a potential candidate, Ryan was not making the preliminary campaign moves one who is serious about running for president would typically execute.  He showed no overt signs of building a national political and financial operation necessary to becoming a major political party’s presidential nominee.

Now ensconced as chairman of the House Ways & Means Committee, Rep. Ryan says he will devote his attention and political acumen toward that particular job.

In another report, speculation is changing around Sen. Marco Rubio’s (R-FL) presidential plans.  Now a train of thought suggests that Sen. Rubio will run for re-election instead of the presidency, and then possibly take a shot at the open governor’s office in 2018.  Then, as a sitting public chief executive from arguably the most important state on the Republican map, Rubio would have the option of running for President in 2020 or 2024, depending upon whether a Democrat or Republican wins in 2016.
END_OF_DOCUMENT_TOKEN_TO_BE_REPLACED