The House passed the Murray-Ryan budget bill 332-94, but there are some interesting political strategies at play relating to the individual votes.

Of the 94 “No” votes, 62 came from Republicans and 32 from Democrats. The member complexion is an interesting mix and was comprised predominantly from those on the far right and far left. The opposition Republicans are mostly ardent Tea Party supported members such as retiring Rep. Michele Bachmann (R-MN-6), sophomore Rep. Raul Labrador (R-ID-1), and freshman Kentucky Congressman Thomas Massie (R-KY-4).

Eleven members, almost half of the Texas Republican delegation, were among those in opposition, including veteran representatives Ralph Hall (R-TX-4), Joe Barton (R-TX-6), and Michael Burgess (R-TX-26). The Texans supporting the budget bill are generally aligned with the END_OF_DOCUMENT_TOKEN_TO_BE_REPLACED

When Rep. Steve Stockman (R-TX-36) signed his official candidate documents to run against Texas Republican Sen. John Cornyn, only hours remained in the candidate filing period. After the figurative dust cleared, Republican Party officials decided that there needed to be an extended opportunity for more individuals to enter the now incumbent-less 36th District congressional race. So after citing some legal technicalities in the way Rep. Stockman withdrew his previous filing from the House race, they extended the qualification period for this race alone through Monday, Dec. 16. But, the extra period is not open to all.
END_OF_DOCUMENT_TOKEN_TO_BE_REPLACED 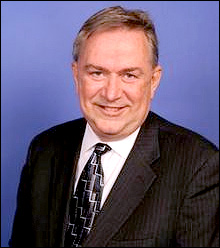 Foregoing what would be an easy re-election to a second term in his 36th Congressional District, Rep. Steve Stockman filed papers to instead launch a Republican senatorial primary challenge against Sen. John Cornyn.

Tea Party conservatives had been trying to recruit an opponent for the senator ever since he opposed fellow Texas Sen. Ted Cruz’s (R) informal government shutdown filibuster back in October. Stockman can now expect their backing, a similar coalition END_OF_DOCUMENT_TOKEN_TO_BE_REPLACED

The potential race against Rep. Peterson – and retirement rumors continue to swirl around the 69-year old congressman – can become competitive. One of only eight seats in the country to vote for Mitt Romney (53.9 percent) and elect a Democrat to the House, MN-7 ranks as the fourth-most Republican seat to be represented by a member of the opposite party.
END_OF_DOCUMENT_TOKEN_TO_BE_REPLACED

The already ridiculously close race between Virginia Attorney General candidates Mark Obenshain (R) and Mark Herring (D), both state senators, is now down to a virtual tie. As election personnel continue to adjust vote totals, the official state Board of Elections count now shows Democrat Herring taking the lead over Republican Obenshain, the latter who has led most of the way.

The totals now show Herring with 1,103,610 votes and Obenshain claiming 1,103,493 tallies, or 49.89% to 49.88%, this from more than 2.212 million votes cast. The change comes with new vote counts coming from Democratic strongholds in Fairfax County and the City of Richmond. As usual in these types of close elections, uncounted machines or ballots always seem to appear long after Election Day.

Certification of the vote is required on Nov. 25, and if this current count ends up being final expect a very long recount process that will obviously end up in court regardless of which of the two candidates is officially certified. If the margin remains in the 100-vote range, anything can still happen.
END_OF_DOCUMENT_TOKEN_TO_BE_REPLACED

The 2014 general election looks to match Sen. Davis and three-term Republican Attorney General Greg Abbott who, for years, has been waiting in the wings to run for the state’s top office. Davis attained notoriety over the summer by filibustering a bill that increased abortion restrictions and succeeded in delaying its passage for several weeks.

The GOP has dominated Texas politics ever since George W. Bush unseated Gov. Richards in 1994. Of the 29 statewide offices, Republicans continue to control all of them, in addition to the two US Senate positions, a majority in the congressional delegation, and both houses of the state legislature. Since the Bush gubernatorial re-election effort in 1998, the GOP has typically won the major statewide offices by margins between 12 and 16 points.

But, will the string continue in 2014? With an ever-growing populace – remember, Texas gained four seats in the last reapportionment – and a Hispanic population reaching 37.6 percent of the state’s total population, Lone Star State Democrats claim that the demographic changes are making them more competitive.

Two polls have been conducted, both showing similar patterns. The most recent, the Texas Lyceum Poll (Sept. 6-20; 800 registered Texas voters), gives Abbott only a 29-21 percent lead with a whopping 50 percent undecided/don’t know factor. In early summer, Public Policy Polling (June 28-July 1; 500 registered Texas voters), even before Gov. Perry announced his retirement, tested several candidates against one another. At that time, Abbott led Davis 48-40 percent, holding the same eight-point edge as the Lyceum poll projects, but one where 38 percent more respondents believed they knew enough about the candidates to make a decision.

The fact that the Lyceum poll has a very long sampling window, over two weeks, and END_OF_DOCUMENT_TOKEN_TO_BE_REPLACED

The poll comes on the heels of Gov. LePage being embroiled in a budget controversy, which came to a head in late June. Though the survey gives Michaud a clear lead, Cutler’s strength suggests that the same three-way configuration that elected LePage in 2010 could again present itself. In that election, LePage won a 38-36-19 percent victory over Cutler and Democratic nominee Libby Mitchell, then a state senator.

At this point, Michaud has filed a 2014 gubernatorial exploratory committee, while both Cutler and the governor have made public their intention to run. The Democrats clearly want Cutler out of the race, but there is no suggestion that the Independent will withdraw. Based upon his strong 2010 finish and Maine’s penchant for looking favorably upon independent candidates – former Gov. Angus King was elected to the Senate in 2012 on the Independent line, for example – it will be difficult for the Democratic leadership to make it worthwhile for Cutler to exit.

Isolating Michaud and LePage in a secondary GQR ballot test question underscores just how detrimental the Cutler candidacy is to the Maine Democrats. If the Independent attorney were not in the race, GQR scores the race a whopping 61-34 percent in Michaud’s favor.

Right now, Rep. Michaud appears to be in a favorable position to unseat Gov. LePage, even in a three-way scenario, but things can change dramatically with so much time remaining in the campaign cycle. It remains to be seen if these are the kind of numbers that will convince Michaud to relinquish his safe House seat in order to pursue the statewide run.
END_OF_DOCUMENT_TOKEN_TO_BE_REPLACED