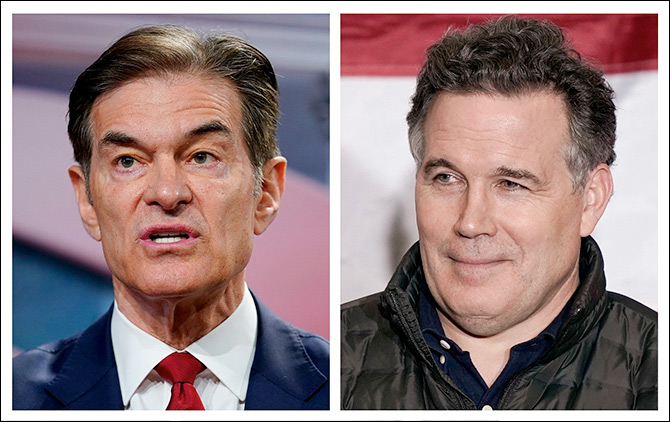 With the recount of the May 17 election progressing, including the ballots arriving after election day being added to the count, the results were not turning around to the degree that McCormick had publicly predicted. Therefore, instead of forcing what could have been a long drawn out post-election period of individual ballot challenges and lawsuits attempting to overturn Dr. Oz’s approximate 900 vote lead, McCormick decided the best course of action was to concede and allow the party to move forward.

As we know, Democratic nominee Fetterman suffered a stroke right before the primary as a result of a blood clot in his heart. Fetterman is now making statements that he was near death during the ordeal, and must refrain from active campaigning for an undetermined time. The situation creates a unique general election with both parties having internal challenges while having to conduct tough campaigns before a swing electorate.

Florida: State Supreme Court Says No — The Florida state Supreme Court, responding to a petition asking the high panel to review the new congressional map, said they do not have jurisdiction at this point in the process. The high court indicated that the District Court of Appeals is the body that must hear the case. With the June 17 candidate filing deadline coming nearer, further delays likely point to the enacted map being in place for the 2022 elections. The Florida primary is Aug. 23.

Michigan: Republicans Reeling After Ballot Disqualification — A new Target Insyght poll (May 26-27; 600 registered Michigan voters) finds Gov. Gretchen Whitmer (D) holding huge leads against the remaining GOP candidates after former Detroit Police Chief James Craig and businessman Perry Johnson were disqualified from the race because they failed to produce enough valid required petition signatures. Against all of the largely unknown Republican candidates, Gov. Whitmer scores either 57 or 58 percent opposite 24 percent for the top current GOP contender, businessman Kevin Rinke. With the candidate filing deadline long since passed, the Republicans now find themselves buried in a major political hole from which it will be difficult to recover.

Ohio: DeWine Leading, but Under 50 percent — Two days ago, Suffolk University released the results of their Ohio US Senate survey, which we covered, and yesterday their gubernatorial numbers were made public. The Suffolk study (May 22-24; 500 likely Ohio general election voters; live interview) finds Gov. Mike DeWine (R) leading Dayton Mayor Nan Whatley (D), 45-30 percent, with Independent Neil Petersen attracting 11 percent support. Gov. DeWine won re-nomination in May, but did so with only a plurality within his own party. While his general election lead is comfortable, being well under 50 percent continues to show a significant degree of political weakness.

These results are particularly surprising when seeing the Democrats outperform the Republicans in the recent May 17 primary turnout. Examining the polling methodology, the sampling universe skews high for both major parties. The survey respondents divide 40.1 percent Democratic, 33.5 percent Republican, and 26.4 percent non-affiliated. Actual Oregon partisan registration for May of 2022 is listed as Democratic 34.3 percent; Republican 24.6 percent; and Unaffiliated 34.3 percent. Therefore, the sample skew could largely account for the unexpected ballot test result.