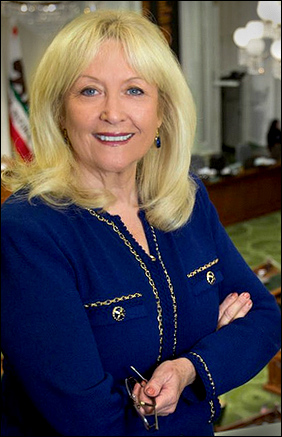 April 6, 2022 — Voters in California’s Central Valley region have had their special congressional election wrap up as of yesterday. Former Rep. Devin Nunes (R-Tulare) resigned at the beginning of this year, and Gov. Gavin Newsom (D) scheduled a special election to fill the balance of the term even though this seat will disappear in the next Congress.

The California Citizens Redistricting Commission members significantly re-drew the Fresno area, and Nunes’ 22nd District largely became the new 5th CD that stretches northerly from the Fresno area’s northeast sector to the outer Sacramento suburbs. The new 5th is strongly Republican, and Rep. Tom McClintock (R-Elk Grove) sought re-election from this district. Had Nunes wanted to remain in Congress, this is the seat where he would have run.

Such being the case, the current 22nd District that former President Trump carried 52-46 percent and where Rep. Nunes averaged 61.7 percent of the vote during the five elections of the past decade, is split into four different seats, meaning last night’s special election winner really has no place to run in the general election. Therefore, the new member will serve just the balance of this year and retire.

Despite the lack of a congressional future, the 22nd District special drew four Republicans and two Democratic contenders. The race leader as of this writing is former state Assembly Minority Leader Connie Conway (R), who had said from the beginning that she would only serve the remainder of this term. She currently leads the race with 34.8 percent. It will take a week before results can be finalized due to mail-in votes that still need to be tabulated.

Another Republican, Elizabeth Heng, who held Rep. Jim Costa (D-Fresno) to a 57-43 percent victory in the current 16th CD (Rep. Costa is seeking re-election this year in the new 21st District), was also in the race. She was originally talking about running for the full term in the neighboring 13th District, a marginally competitive open seat, but did not file for the regular election.

The other Republican candidates were former FBI agent Michael Maher and retired Navy officer Matt Stoll. The Democrats were Lourin Hubbard, an operations manager at the California Department of Water Resources, and graduate student Eric Garcia.

In this special election, all of the candidates were placed on one ballot. If a contender received a majority of 50 percent plus one vote, said individual is elected outright and would be sworn into the House upon the California Secretary of State officially certifying the election. If no one received a majority, the top two finishers, regardless of party preference, would advance to a special general election run concurrently with the regular California primary election on June 7; with Conway’s tally currently standing at just 34.8 percent of the vote, it looks like things are headed that way.

Though the seat will be occupied for only a short time, this is an important election. Five seats are currently vacant, the number increasing with the resignations of Reps. Jeff Fortenberry (R-NE) and Filemon Vela (D-TX) last week on March 31, and four are from the Republican side. This reduces the Republican conference temporarily to 209.

If the Republican party holds the 22nd CD in this special election cycle, and a Republican candidate ulitimately will likely win, the conference would grow to 210, with the majority Democrats at 221. If the Republicans hold the AK-at large, MN-1, and NE-1 seats in their own scheduled special elections later in the year, the party will again hold 213 seats. Democrats, on the other hand, look to drop to 220 when Rep. Ted Deutch (D-FL) resigns.

California’s current 22nd District is comprised of parts of Fresno and Tulare Counties and includes the northeastern portion of Fresno city and the communities of Clovis, Dinuba, Visalia, and Tulare.