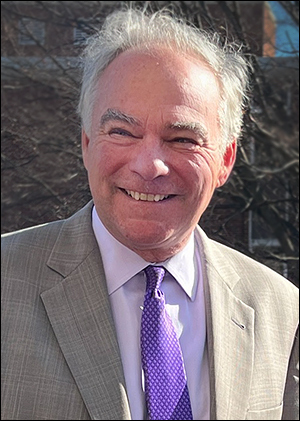 Virginia: Many Announce Against Sen. Kaine — For a Senate race that appears safe in this early part of the 2024 election cycle, the Virginia contest is surprisingly already drawing a great deal of candidate interest. It’s unlikely that any of the five Republicans and one Democrat who have announced their candidacies can defeat Sen. Tim Kaine (D), but we are at least assured of seeing a multi-candidate Republican nomination battle.

VA-4: Republicans Schedule Quick Firehouse Primary — Gov. Glenn Youngkin’s (R) call to the political parties to choose their nominees by Dec. 23 for the Feb. 21 special congressional election to replace the late Rep. Donald McEachin (D-Richmond) has given the party leaders precious little time, but now both entities have scheduled “firehouse primaries.” As reported yesterday, the Democrats will hold their primary next Tuesday, Dec. 20. Now the local Republicans are moving even quicker. They will hold their special primary tomorrow, Saturday, Dec. 17.

The schedule is ridiculously short and does not give the candidates time to campaign nor the voters an adequate ability to know who is running and where to vote, since the polling places in a “firehouse” primary are very scarce. At this point, Democrats have five candidates and Republicans four.

Louisiana: Sen. Kennedy Releases Another Poll — While Sen. John Kennedy (R) says he will make a decision about running for governor after the first of the year, he continues to release polling data showing him holding a lead against a field of prospective open seat 2023 gubernatorial candidates.

His latest survey, again from Torchlight Strategies (Dec. 6-9; 861 likely Louisiana 2023 gubernatorial election voters; live interview and text), projects Sen. Kennedy to be holding a 42-22-14 percent lead over state Transportation Secretary Shawn Wilson (D) and attorney general and former US Congressman Jeff Landry (R) in what will be an Oct. 14, 2023 jungle primary. In potential runoff pairings, which would be scheduled for Nov. 18 of next year, Sen. Kennedy would lead AG Landry 46-21 percent and Secretary Wilson by a much larger 58-27 percent.

These numbers, and the fact that Kennedy is releasing them, clearly suggests that the senator will affirmatively announce his gubernatorial campaign in January. Incumbent Gov. John Bel Edwards (D) is ineligible to seek a third term.

West New York: Retiring Congressman Plans Mayoral Run — Though New Jersey Rep. Albio Sires (D-West New York) is retiring from the House of Representatives this year after serving eight terms, he is apparently not finished with elective politics. Reports suggest that Sires will soon announce his candidacy for mayor of West New York, a town in New Jersey — one of the elected positions he held before winning his seat in Congress.

Sires served as mayor from his original election in 1995 until he won the US House position in 2006. Beginning in 2001, he was also an elected member of the New Jersey state Assembly, where he became Speaker in 2002.