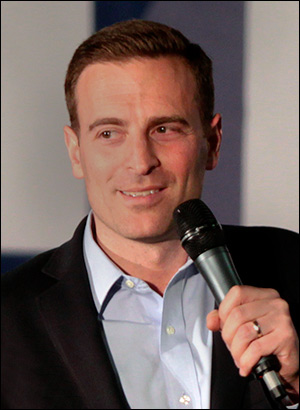 Ohio: Rep. Ryan Leads in New Survey — After the May 3 primary, Suffolk University was first in the field (May 22-23; 500 likely Ohio voters) and found Republican J.D. Vance leading US Rep. Tim Ryan (D-Warren/Youngstown) by a slight 42-39 percent spread. Now, a new study from Democratic pollster Grow Progress (conducted for the Innovation Ohio organization; May 30-June 3; 2,018 registered Ohio voters; online) finds Rep. Ryan holding a 44-41 percent edge. The Ohio electorate typically polls close and these surveys indicate that such a pattern continues in 2022. We can expect toss-up survey research results to continue well into October. At that point, a victory trend will develop for one candidate or the other.

AK-AL: Palin First of 48; Four Advance — Alaska held its first election under the state’s new top-four jungle primary format and though just over half of the votes are counted, it appears clear that former governor and 2008 vice presidential nominee Sarah Palin (R) will finish first. The special election is held because veteran Rep. Don Young (R-Ft. Yukon) unexpectedly passed away in March.

At this writing, Palin has recorded 29.8 percent of the vote within the huge field of 48 candidates. Republican Party-endorsed candidate, Nick Begich III, is second with 19.3 percent, followed by Dr. Al Gross (12.5 percent), the 2020 Democratic US Senate nominee who is running under the Non-Partisan label in this election. Democratic former state Rep. Mary Peltola, from the tribal Bethel region, appears in the best position to secure the fourth and final run-off position with her 7.5 percent vote total. She leads the fifth-place finisher, former US Interior Department Deputy Assistant Secretary Tara Sweeney (R), by just over two percentage points.

Twenty-five of the 48 candidates, including all top four finishers, also filed for the regular election. Six individuals, none of whom appear to be a major contender, filed only for the regular term. The jungle primary process for that election then begins again in a separate vote, also on Aug. 16.

Democrats have tabbed retired Air Force officer Max Della Pia for both the special election in the current 23rd CD and for the new 23rd in the regular election. According to the FiveThirtyEight data organization, the new NY-23 rates as R+23, so Langworthy is the clear long-term favorite. Sempolinski will not be a candidate in the regular election.

Michigan: James Craig to Run As Write-In Candidate — Former Detroit Police chief James Craig, who was disqualified from the ballot because of submitting a lack of valid petition signatures, said on Friday that he would launch a write-in campaign for the Republican nomination. With half the GOP field rejected for the same reason, the race against Gov. Gretchen Whitmer (D) has radically turned.