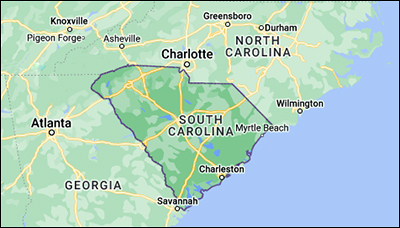 Primaries: Democrats Move Biden Schedule Forward — The DNC’s Rules & Bylaws Committee approved President Biden’s suggested alterations for the 2024 primary schedule. This means that South Carolina moves into the first primary position on Feb. 3, 2024. Following on Feb. 6 will be New Hampshire and Nevada. The newcomers to the early group are Georgia, slated for Feb. 13, and Michigan two weeks later on Feb. 27.

Republicans say they will maintain the traditional schedule kicking off with the Iowa Caucus and New Hampshire primary with Nevada and South Carolina following. The New Hampshire Democrats are objecting to being moved from the first primary position and state law allows them to ignore a political party’s rule. Though this is the first definitive step to nomination rules changes, more details must be finalized before any schedule takes effect.

Early voting looks even more favorable than the polling. Democratic early voting is up 5.7 percentage points when compared with the 2020 Georgia runoff election. Conversely, Republicans are down 7.3 percent based upon the previous statewide post-election runoff. Heading into today’s vote, Sen. Warnock is the clear favorite.

CA-13: John Duarte (R) Wins Last Outstanding Race — The final unresolved House race was called over the weekend, and California Republican John Duarte, an agriculture-related businessman, was projected a 584-vote winner over Democratic state Assemblyman Adam Gray (D-Merced). The win gives the Republicans a 222-213 House majority and provides GOP Leader Kevin McCarthy (R-CA) a much-needed vote for House Speaker, this one from a neighboring district, part of which touches his own CA-20 CD.

The race is officially over even though final numbers have not yet been recorded. Gray conceded the race to Duarte and, since California has no automatic recount law, the outcome is final.

West Virginia: Sen. Manchin Not Ruling Out Gov Run — Sen. Joe Manchin (D) said over the weekend that he has not made up his mind whether to seek re-election, run for governor, or retire. Sen. Manchin said he will make a decision about the 2024 election after the first of next year.

The interesting part of his statement is acknowledging that another run for governor is an option on his political table. Before winning a special 2010 US Senate election, Manchin served as governor from January 2005 to November of 2010, having won two elections to the state’s top elected post. Early polling suggests he would not fare well in a Senate race against Gov. Jim Justice (R), who is ineligible to seek a third term, and Rep. Alex Mooney (R-Charles Town). This makes West Virginia the top early 2024 election cycle Republican conversion opportunity.