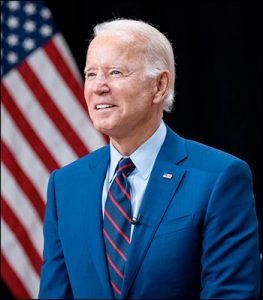 Primaries: President Biden Suggests Schedule — Considering that the White House will have a major say as to how the new Democratic presidential nomination rules are changed, President Biden shared his idea for a new primary schedule. He suggests South Carolina, the state that launched his own victory through the previous nomination process, be the first state to vote. He then says that New Hampshire and Nevada, voting on the same day, should be scheduled a week after the Palmetto State with Georgia and Michigan following on successive Tuesdays. This idea would increase the number of places voting before Super Tuesday from four to five.

Maine: Sen. Angus King (I) Preparing for Re-Election Campaign — Sen. Angus King (I), who has previously overcome both skin and prostate cancer, is reportedly planning to seek re-election in 2024 when he will be 80 years old. The senator, who previously served two terms as Maine’s governor, was first elected to his federal office in 2012. At the time, it appeared the 2018 campaign would be his last, but retiring at the end of the succeeding Congress does not now look to be the senator’s ultimate career path.

Sen. King runs as an Independent on the Maine ballot but caucuses with the Democrats, as does New England neighboring Sen. Bernie Sanders (I-VT). Should he indeed run in 2024, it will be the first time Sen. King will experience Maine’s Ranked Choice Voting system. Considering this situation, the veteran office holder may draw stronger opposition than in his past election campaigns.

VA-9: A Budding GOP Primary Challenge — Virginia Rep. Morgan Griffith (R-Salem), who was just re-elected to a seventh term with 73.5 percent of the vote, may be drawing a 2024 Republican primary challenge. Freshman state Delegate Marie March (R-Floyd) made a statement late last week saying that Rep. Griffith has “been in Congress too long,” and hinted that she might challenge him in the next GOP primary.

Rep. Griffith was first elected in 2010, defeating long-time incumbent Rick Boucher (D) and has had little in the way of competition ever since. He’s averaged 72.4 percent in his six re-election victories and has not yet faced a Republican primary challenge.

Louisiana: Yielding to Sen. Kennedy — Louisiana State Treasurer John Schroder (R) announced late last week that he will run for governor next year unless, he said, Sen. John Kennedy (R) enters the jungle primary field. If Kennedy does run, Schroder will opt to seek re-election. Sen. Kennedy, fresh from a 62 percent jungle ballot election victory in November that saw him winning a second US Senate term outright, is expected to enter the governor’s race and be considered the clear front runner. The senator says he will make a decision after the first of the year. Gov. John Bel Edwards (D) is ineligible to seek a third term.