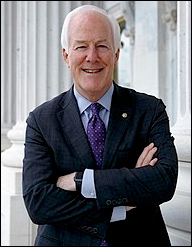 First, there appears to be no internal momentum associated with his building a major campaign. Leading to that conclusion is Castro’s own first quarter fundraising support. From Jan. 1 through March 31, the four-term incumbent and former Texas state representative raised only $36,028 and has just $87,572 in his campaign treasury.
END_OF_DOCUMENT_TOKEN_TO_BE_REPLACED

END_OF_DOCUMENT_TOKEN_TO_BE_REPLACED

Tomorrow’s Virginia primary is decision day for House Majority Leader Eric Cantor’s Republican primary challenge. Conservative college professor David Brat has raised over $200,000 with minimal outside support for his effort to dislodge the sitting incumbent, but he is very likely to meet the same fate as the others who have challenged the national Republican leaders.

Earlier in the primary season, senators Mitch McConnell (R-KY; 60 percent of the vote) and John Cornyn (R-TX; 59 percent) were renominated against challengers from the right, as was House Speaker John Boehner (R-OH-8; 69 percent).

Rep. Cantor is outspending Brat by more than a 20:1 ratio, and has taken a surprisingly active and negative track in this campaign. His strategy is an interesting one in that he is attempting to deflect a hard right offensive by portraying Brat as being insufficiently conservative. Naturally, Brat makes the same argument against Cantor. END_OF_DOCUMENT_TOKEN_TO_BE_REPLACED

Venerable Rep. Ralph Hall (TX-4-R), who at 91 years of age is the oldest member in the history of the House of Representatives, lost his bid for a 19th term last night in the Texas Republican run-off. Hall becomes the first federal incumbent to lose a bid for renomination during this election cycle. Fifty-two other senators and representatives of both parties have been renominated in the early primaries against competition of varying strength.

Former US Attorney John Ratcliffe (R) scored a 53-47 percent victory last night after holding Hall to 46 percent in the primary election. True to form, when an incumbent is forced to a run-off, he or she invariably loses. In this case, because Hall had received endorsements from the losing candidates in the March 4 Texas primary and was drawing renewed respect for his longevity of service, and that he is the last remaining World War II veteran in Congress, many believed he had the opportunity and ability to reverse the normal post-primary electoral trend. But, such was not to be.

As is typical in Texas nominating elections, turnout was extremely low, only 42,139 END_OF_DOCUMENT_TOKEN_TO_BE_REPLACED

State Sen. Wendy Davis (D-Ft. Worth) easily won her party’s nomination for governor attracting 78.4 percent of the vote, but she did lose 25 counties to an opponent, Reynaldo “Ray” Madrigal, who was virtually a candidate in absentia. Though losing 25 of 237 counties is an insignificant number in and of itself, the location of her under-performing entities is what could pose her an additional general election problem.

It is clear that Sen. Davis begins this race as an underdog to Attorney General Greg Abbott, who captured 91.5 percent of the Republican primary vote. Texas hasn’t elected a Democrat to any statewide office since 1990. It hasn’t voted for a Democratic presidential candidate since Jimmy Carter carried the state in 1976. Lloyd Bentsen is the last Democratic US senator voted into END_OF_DOCUMENT_TOKEN_TO_BE_REPLACED