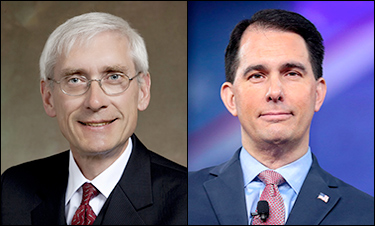 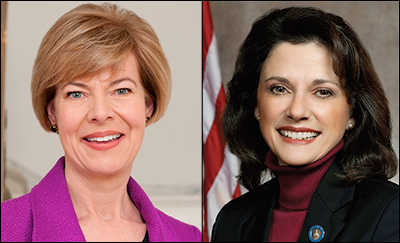 END_OF_DOCUMENT_TOKEN_TO_BE_REPLACED

Oct. 14, 2016 — Candidates in both Wisconsin and Missouri may be rethinking their ad buy decisions.

It’s likely that strategists in both the Democratic and Republican Senate campaign committees who took the unusual step of canceling their media buys in the Wisconsin race are reconsidering their decision. The original move was interpreted as each side coming to the clear conclusion that former Sen. Russ Feingold (D) is on an irreversible path to unseat first-term incumbent Ron Johnson (R). It’s now probable that the advertising time will quickly be re-claimed.

A new Marquette University Law School poll (Oct. 6-9; 878 likely Wisconsin voters) became the third poll in a week to conclude that Sen. Johnson is making a viable comeback. The Marquette numbers found Feingold’s lead dropping to only 48-46 percent, a decided difference from the organization’s September survey that posted the ex-senator to a six-point, 47-41 percent, advantage.

END_OF_DOCUMENT_TOKEN_TO_BE_REPLACED

Aug. 15, 2016 — A plethora of new swing state Senate polls have been conducted and already released in August, and both parties are getting some good news in specific races.

The two states ripe for electing a senator from a different party are Illinois and Wisconsin. Such has been known for the better part of a year, and the latest polls are no exception to the developing trends.

All the key Republican defense battleground states reported new August numbers. The good news for Democrats comes in Pennsylvania where challenger Katie McGinty (D) made a significant gain on Sen. Pat Toomey (R), to the point where several polls find her building a small lead.

END_OF_DOCUMENT_TOKEN_TO_BE_REPLACED

April 6, 2016 — The closing polls consistently found a tightening of both the Badger State Republican and Democratic races, but they were wrong. The data from Marquette University Law School and Fox News that revealed a widening spread, and reported more than a week ago, proved more accurate.

Last night, Sen. Ted Cruz (R-TX) easily won the Wisconsin primary and took 36 of the 42 Republican delegates in the Winner-Take-All by congressional district format. His popular vote margin was 48-35-14 percent over Donald Trump and Gov. John Kasich (R-OH). Trump won CDs 3 and 7, located in the state’s western sector, giving him six delegates. Gov. Kasich, despite being favored in Madison-anchored District 2, failed to win any delegate votes.

The result was a major setback for Trump’s quest for a first-ballot victory. Early national delegate projections suggested the Republican front-runner needed a Wisconsin victory to secure the nomination on the first convention roll call.

END_OF_DOCUMENT_TOKEN_TO_BE_REPLACED

April 21, 2015 — Polling has been unkind to several senators during the past few days. Last week we reported on research studies showing both Colorado Sen. Michael Bennet (D) and New Hampshire Sen. Kelly Ayotte (R) trailing hypothetical opponents by very small margins. While a new Marquette University Law School survey finds yet another incumbent falling behind a challenger, this time the margin is anything but slight.

Though Feingold has said little about the impending 2016 Senate race and has certainly not announced any intention to run, leaders from both parties expect him to again become a candidate. In February, Feingold resigned his appointed position as a State Department US Envoy to the African Great Lakes region, and many observers are surprised he has not yet announced or at least signaled his intention to run for the Senate. Polls such as the Marquette survey may hasten his decision.
END_OF_DOCUMENT_TOKEN_TO_BE_REPLACED

October is generally determination month for hot-race candidates, and now that it has begun prepare for some major swings in several political venues.

Recently, with Election Day coming in less than five weeks, we have seen polling that detects significant change in several Senate campaigns, all showing a shift away from the initial leader. With the Senate up for grabs, each race becomes critical and could itself determine whether Republicans or Democrats control the body in the new Congress. Today, we isolate four such campaigns.

In Connecticut, Quinnipiac University released its latest poll (Sept. 28-Oct. 2; 1,696 likely Connecticut voters, +/- 2.0 percent error factor) that finds Democrat Chris Murphy now trailing Republican Linda McMahon 47-48 percent. This is a surprising result and much different from the 48-42 percent Murphy lead that Public Policy Polling found just a week ago (801 likely voters, +/- 3.5 percent error factor). It is important to note that both polling firms have surveyed this race repeatedly. Having the opportunity to study another reputable firm’s results in order to bring a fresh perspective might provide us a better directional indicator.

Shifting to another hot race, we turn to Massachusetts and a recent poll by Opinion Dynamics for the consulting firm Mass Insight Global Partnerships. This rather flawed poll – because the sample size is less than 350 respondents statewide and the survey period is a long five days – posts Democrat Elizabeth Warren over GOP Sen. Scott Brown by a 48-44 percent clip. This same polling firm gave Brown a large 52-42 percent lead back in January. Last week, Rasmussen Reports also released their poll showing the candidates to be in a statistical tie at 48-48 percent (Sept. 24; 500 likely voters, 4.5% +/- error factor). Conversely, that very day, the Boston Globe publicized their data projecting Warren to be holding a five-point advantage over the freshman senator, 43-38 percent (502 likely voters, 4.4% +/- error factor). With continuous polling producing conflicting results it is clear this race is going to come down to the final hours.

Wisconsin continues to provide us with a close and hard-fought Senate race. Rep. Tammy Baldwin (D-WI-2) received a measurable bump in the wake of her speech at the Democratic Convention followed by an extensive early media advertising blitz, and polling indicates that the tide has turned in her favor. At least in the short term, Rep. Baldwin is now the clear front-runner over former four-term governor Tommy Thompson (R), after he consistently posted an advantage before and after the mid-August primary. Two recent polls show Baldwin leading: the first by Marquette University Law School showing a four-point edge, 48-44 percent (894 likely voters), and Real Clear Politics revealing a five-point advantage, 49-44 percent. Republicans, at one point, thought this seat would be a clear pickup opportunity, however, it is currently trending more Democratic. This polling trend could just as quickly snap back toward Thompson once he responds to the current line of attack being put forth against him.

Joining this see-saw Senate campaign group is the open seat race in Arizona. For months, Rep. Jeff Flake (R-AZ-6) had held a significant lead in all polling against Democratic nominee Richard Carmona, the former US Surgeon General in the George W. Bush administration. After consistently gaining ground on Flake after the Aug. 28 primary, Public Policy Polling, in their Oct. 1-3 poll of 595 likely Arizona voters, puts Carmona into the lead for the first time, albeit by a scant 45-43 percent margin.

It is clear, differing from what we have witnessed in the past four election cycles, that no tsunami wave is emerging for either party this year. As we turn the corner into the homestretch of campaign 2012, it is important to monitor all momentum changes as a barometer for predicting final outcomes.