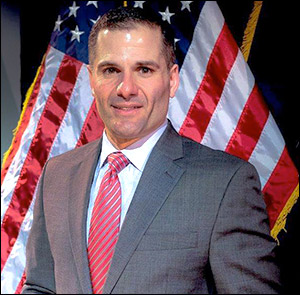 NY-19: Surprising New Poll — In August, Democrat Pat Ryan (D) won the 19th District special election against Dutchess County Executive Marc Molinaro (R). Democratic strategists were claiming the result was an upset and a precursor of good things to come for their party in the 2022 general election. In actuality, President Biden carried the district by two percentage points in 2020 and the Democrats won the previous two congressional elections, so declaring a Democratic victory in such a seat as an upset is a bit of a stretch.

The new 19th District, which has some additional territory stretching along the Pennsylvania border, is actually more Democratic (D+4) than the special election seat that Molinaro lost. Since Rep. Ryan decided to seek re-election in the 18th District, Molinaro has a new opponent in attorney Josh Riley (D). Despite his loss, a new Triton Polling & Research survey (Sept. 20-22; 658 likely NY-19 general election voters; interactive voice response system) posts Molinaro to a surprisingly large 51-42 percent majority. The GOP nominee winning this seat would be a huge step toward Republicans claiming the House majority with a substantial margin.

Chabot was first elected in 1994, but lost the seat in 2008. He regained it in the 2010 election, and has been re-elected in the past five consecutive elections against formidable opponents. Winning this race is critical to Republican majority prospects.

Oklahoma: Gov. Stitt Facing Strong Opposition — At the beginning of September, the media sponsored Sooner Poll sounded the alarm bell for Gov. Kevin Stitt (R) by publishing their poll giving the incumbent only a one-point lead over Democratic Superintendent of Public Instruction Joy Hofmeister (D). Since the polling sample was small (402 respondents statewide), only minimal attention was paid to the results. However, an Amber Integrated survey was released Tuesday (Sept. 19-21; 500 likely Oklahoma general election voters; live interview & online) that found the governor leading Hofmeister with a similar 47-44 percent margin.

With two polls showing the same basic result, we can expect the Stitt campaign to unleash a major advertising blitz to strengthen his areas of weakness within the traditional Republican voter base.

Since Sept. 6, four Texas gubernatorial surveys have been commissioned from four different polling entities and they post Gov. Abbott to an advantage between five and nine percentage points. Expect this trend to continue until the final two weeks of the campaign. At that time, we will likely see the governor pull away from O’Rourke and record his traditional 10-plus point victory margin as he has in his first two terms.