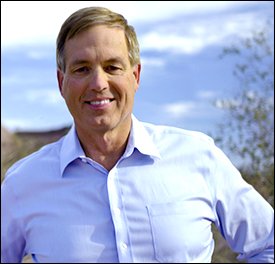 The lead is seesawing between Lamon and Masters with AG Brnovich generally registering a distant third. Since April, both Lamon and Masters have each topped the field in seven published surveys. The Arizona primary is Tuesday, and the volatility in the surveys suggest we will see a close finish. The GOP winner then challenges Sen. Mark Kelly (D) in November.

According to the VR data, Sen. Duckworth’s lead over Salvi is 43-34 percent. The result is surprising not so much in the margin between the two candidates, but that the senator is so far below the 50 percent mark. It is still likely that Sen. Duckworth wins re-election in the fall, but seeing such a poll after a June 28 primary that yielded a higher turnout for the Republican Senate primary than the Democratic side suggests the Salvi campaign might receive at least a slight boost.

Thanedar’s personal spending edge is 8:1 over his next closest financial rival, Sen. Hollier, but that does not count a seven-figure expenditure from the American-Israel Public Affairs Committee intended to promote the latter man.

The Michigan primary is Tuesday. The 13th District is open because Rep. Brenda Lawrence (D-Southfield) is retiring and Rep. Rashida Tlaib (D-Detroit) chose to seek re-election in the new 12th District, thus departing from the new CD-13.

NY-10: A Free-For-All — A new Change Research poll for candidate Elizabeth Holtzman finds the Democratic primary for this open seat turning into a race that any one of six candidates could win. This is the first poll conducted and released since former New York City Mayor Bill de Blasio (D) exited the contest because of poor performance.