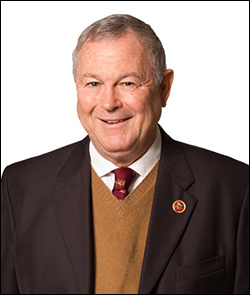 Baugh, however, was sitting on $745,000 in his campaign treasury at the end of March. Keirstead had $642,000 during the same period, and could again write himself a major check if he needs further campaign resources, while others also have significant money. Therefore, further movement will begin to occur.

In the 49th, the Benenson Strategy Group (April 28-May 2; 901 likely CA-49 jungle primary voters) actually finds a pair of Republican candidates tied at the top: state Board of Equalization member Diane Harkey and Assemblyman Rocky Chavez (R-Oceanside). The two have 14 percent apiece.

Interestingly, the Democratic candidates are spending heavily early. According to the Benenson poll analysis, the four major spending Democratic candidates: Kerr, Levin, Jacobs, and Applegate, have spent a cumulative $4 million while the Republicans are seemingly sitting on their money. Despite this, it is a pair of GOP candidates who still hold, by the slimmest of margins, the top two qualifying positions. This seems to bode well for them, since they have further room to grow once their spending begins in earnest.

As we enter the last month of the California primary cycle, it appears possible that virtually any combination of major candidates could emerge from the two SoCal qualifying congressional elections, meaning that we will soon see wild dashes to the finish in both of these important races.