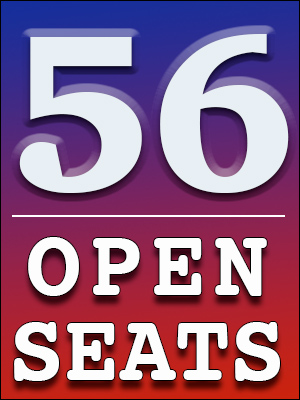 Rep. Deutch becomes the 31st Democrat to announce that he won’t seek re-election as compared to 17 Republicans with Rep. Mullin’s declaration of Senate candidacy. With Rep. Hern joining the race, likely later this week, it will move the GOP open count to 18.

Another likely retirement is Hawaii freshman Rep. Kai Kahele (D-Hilo). In an interview with the Hawaii Star Advertiser newspaper, Rep. Kahele indicated that he and his family have decided “DC is not some place right now that we would like to raise our family in and the best place that my family can be is here in Hawaii.”

Rep. Kahele has been openly speculating about running for governor, therefore, it is likely that he will soon announce for the statewide office. The move will create an open seat in Hawaii’s 2nd District in two consecutive election cycles.

Assuming Reps. Hern and Kahele follow through according to current speculation, we will see a total of 56 open seats for the 2022 election when tabulating the departing Democrats and Republicans, adding the new seats from reapportionment, those created in redistricting, and eliminating the lost seats from the census population calculations.

This high open seat number makes certain that the next House of Representatives will again see a chamber where a clear majority of members have served three full terms or less.