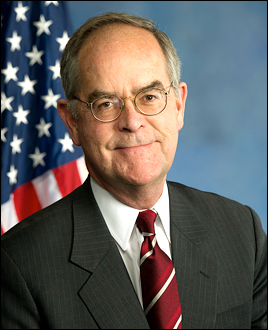 Rep. Cooper is the 29th Democrat not to seek re-election. Counting the Democratic and Republican retirements along with the new and created (through redistricting) open seats, the House will see a minimum of 50 new members coming into office at the beginning of 2023. 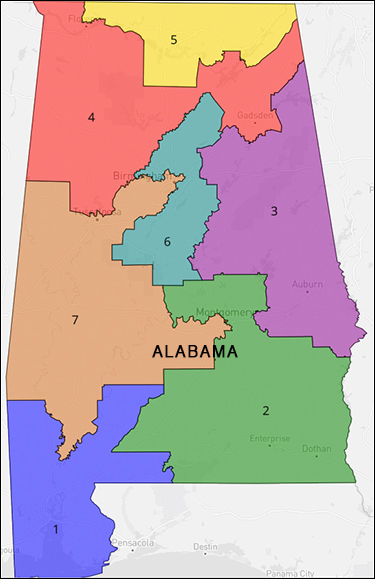 In a surprising move from an Alabama three-judge all Republican panel, the enacted GOP congressional map was declared void Tuesday because it did not create a second African-American district as the Democratic plaintiffs claimed. Immediately the Republican legislative leadership announced they will appeal the decision.

Currently, the Alabama delegation features a 6R-1D split, and the new map’s configuration is very similar to the current plan. The lone Democratic seat is the Voting Rights district of Rep. Terri Sewell (D-Birmingham).

Her 7th CD begins in the city of Birmingham and stretches to Tuscaloosa and then to the capital city of Montgomery before ending in Clarke County, which borders Mobile County. The new 7th is virtually the same in configuration as the current district, though it captures more of Montgomery because the seat had to gain 53,143 more people to meet the state per congressional district population goal of 717,754 residents.

According to the Dave’s Redistricting App statisticians, the new 7th is 55.3 percent black, and the state has an African-American population of 25.9 percent. Because of the population size, the Democrats argued that another minority seat could be drawn, and the judges agreed.

Republicans defended the map showing that the 2nd District (Rep. Barry Moore-R) exceeds the statewide black percentage, and two other CDs, the 1st (Rep. Jerry Carl-R) and the 3rd (Rep. Mike Rogers-R) are both within a percentage point of the statewide African-American figure.

Upon appealing, the map would then go directly to the US Supreme Court, and the high panel must hear the redistricting challenges. It is unclear as to whether Alabama’s May 24 primary and June 21 runoff election schedule will be postponed.

As part of the ruling, however, the state’s candidate filing deadline was moved from Jan. 28 to Feb. 11. The court returned the map to the legislature ordering a new plan by a Feb. 7 submission date. If the GOP legislators appeal to the Supreme Court as they say, it is likely they will not respond to the court order.