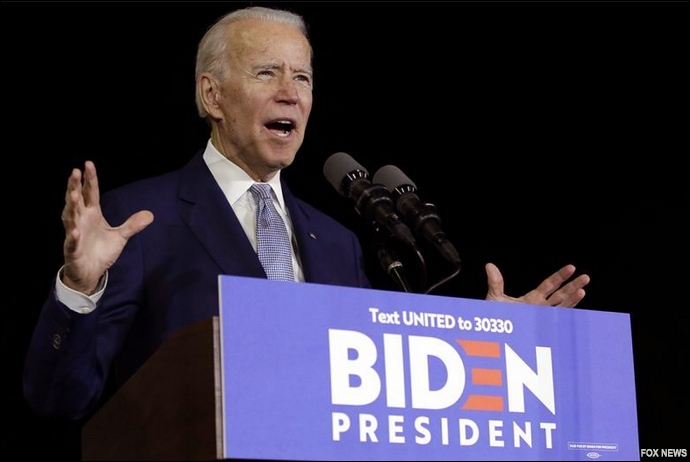 Five states held their full primaries last night and nominees were chosen in many places while run-offs will occur in a number of other situations. Here’s a state-by-state breakdown:

A run-off was expected in the US Senate Republican race, and that’s exactly what we will see on March 31. Former US attorney general and Alabama senator Jeff Sessions qualified for the run-off but finished slightly behind retired Auburn University head football coach Tommy Tuberville who led the field. Tuberville scored an unofficial 32.2 percent of the vote versus Sessions’ 31.1 percent. US Rep. Bradley Byrne (R-Mobile) was a close third with 26.8 percent but is eliminated from further competition.

The 2nd CD is open because Rep. Martha Roby (R-Montgomery) is retiring. This district, too, is safely Republican. Businessman Jeff Coleman (38.3 percent) and it appears former state Rep. Barry Moore will advance. His second-place finish is not yet official, however, as he and Jessica Taylor remain locked in a tight finish. Moore recorded an unofficial 20.6 percent versus Taylor’s 19.8 percent, a difference of 755 votes. It is probable, but not certain, that Moore will face Coleman on March 31.

With Democrats filing no US Senate candidate, Sen. Tom Cotton, who ran unopposed in the GOP primary last night, is virtually re-elected. Both Republicans and Democrats ran unopposed in each of the state’s four congressional districts. The only general election congressional race where some potential competition exists is in the 2nd District as Rep. French Hill (R-Little Rock) and state Sen. Joyce Elliott (D-Little Rock) will do battle.

The Golden State held its qualifying election for all 53 of its congressional districts, and we have general election matchups in almost every CD.

The vacant 25th District will advance to a May 12 special election run-off between state Assemblywoman Christy Smith (D-Newhall/Simi Valley) and Republican defense contractor Mike Garcia. The latter edged former US representative Steve Knight (R) who was attempting a political comeback after losing to Democrat Katie Hill in 2018. Hill would resign the seat due to a sexual scandal. The two will also face each other in the general election regardless of how the special unfolds.

Because the mail votes are still coming in and thousands of early votes won’t be counted for days, the actual official vote totals won’t be known for a long time. Though it looked as if Republicans over-performed in many districts, those totals will substantially change when the early votes are recorded. Potentially half the votes in each of the districts remain to be counted.

In any event, all incumbents seeking another term will advance to the general election. In the open 8th District (Rep. Paul Cook-R running for San Bernardino County Supervisor), state Assemblyman Jay Obernolte (R-Hisperia) and engineer Christine Bubser (D) look to advance. Former assemblyman Tim Donnelly (R) is in third position and could potentially qualify once all of the votes are finally counted.

The open 53rd (Rep. Susan Davis-D retiring) will likely feature a double-Democratic general election between first-place finisher Sara Jacobs, a former State Department official who ran in the 49th District two years ago, and San Diego City Council President Georgette Gomez. Again, however, because of the massive number of early votes to count, this result is also unofficial, but likely.

A full California report will be prepared once more races are called.

The two open seats that the court-ordered redistricting ruling created, Districts 2 (Raleigh) and 6 (Greensboro), went to former federal candidates, both of whom will now be elected in November. Former state Rep. Deborah Ross, who was the 2016 Democratic US Senate nominee against incumbent Richard Burr (R), easily won the 2nd District party nomination with 70 percent of the vote. In the 6th, University of North Carolina at Greensboro trustee Kathy Manning, who challenged Rep. Ted Budd (R-Advance) in the former 13th District during the last election, easily won her primary (48.4 percent) and will become the prohibitive favorite for the November election.

However, it is still unclear who advances to the US Senate secondary election. Retired Army helicopter pilot and former congressional candidate M.J. Hegar finished first in the Democratic primary with 23 percent, but remaining votes will decide whether state Sen. Royce West (D-Dallas), who has 13.8 percent at the moment, or non-profit executive Cristina Tzintzun Ramirez (13.3 percent) will join her in the May 26 run-off vote. The secondary vote winner will then challenge Sen. John Cornyn (R) who was easily re-nominated.

In the 5th CD, freshman Rep. Lance Gooden (R-Terrell) was easily re-nominated with 85 percent of the vote.

Going to Houston, 7th District mortgage executive and Iraq War veteran Wesley Hunt scored a 61 percent victory in the Republican primary over three other candidates to advance into the general election against freshman Rep. Lizzie Fletcher (D-Houston) in what will be a competitive election.

As in California, a full report of the Texas races will be composed when the numbers become finalized.