In a surprising announcement, Illinois Attorney General Lisa Madigan (D), who was thought to be the strongest potential primary challenger to Democratic Gov. Pat Quinn, said yesterday that she will not run for the state’s top job. Previously, and on repeated occasions, Madigan said she was planning to enter the campaign.

This is the second time she has backed away from an intra-party gubernatorial challenge. In 2010, the attorney general also decided against challenging the governor in what would have been an expensive and divisive primary battle. In the previous campaign, Quinn had yet to be elected by voters. As lieutenant governor, he ascended to the chief executive position when then-Gov. Rod Blagojevich was forced to resign upon his indictment and arrest but before being sent to prison for a series of associated crimes.

But there was an overriding reason that influenced her final decision. The attorney general’s father, Mike Madigan, is the speaker of the Illinois House of Representatives and is commonly thought of as one of the most powerful political leaders in the state. Particularly with the legislature taking hits over the state pension debacle among other things, she clearly felt that a father-daughter combination in two of the three highest state legislative offices would not sit well with people.

“I feel strongly that the state would not be well served by having a governor and speaker of the House from the same family and have never planned to run for governor if that would be the case. With Speaker Madigan planning to continue in office, I will not run for governor,” Madigan said in her written announcement statement.

This drastically changes the governor’s race. Though Gov. Quinn won’t have to face the attorney general in the Democratic primary, he still must deal with former US Commerce Secretary Bill Daley, also the ex-chief of staff to President Obama. He is the son of the late Chicago Mayor Richard J. Daley and the brother of recently retired Richard M. Daley, the longest-serving mayor in the city’s history. Daley officially announced the formation of a gubernatorial exploratory END_OF_DOCUMENT_TOKEN_TO_BE_REPLACED 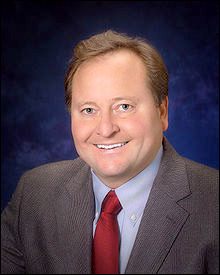 Republicans may have just dodged a major bullet as former Montana Gov. Brian Schweitzer (D) announced via telephone interview with local media on Saturday that he is not running for retiring Sen. Max Baucus’ (D) seat.

Polling was showing that the two-term ex-governor, after leaving office early this year, was the strongest candidate from either party who was reasonably considered a potential candidate. The latest Public Policy Polling survey (June 21-23; 807 registered Montana voters) did show Schweitzer trailing former Republican Gov. Marc Racicot by one percentage point, but the chances of the former statewide GOP office holder running to succeed Sen. Baucus are highly remote, so this pairing was discounted. Against all other potential or likely candidates, Schweitzer held a clear advantage.

In the interview explaining his decision not to enter the Senate campaign, the former Montana chief executive said he isn’t a good fit in a legislative body. “I’m a doer,” Schweitzer stated, “I’m used to being in charge of things, getting things done. Unfortunately, the U.S. Senate is a place where things die.”

Without Schweitzer running, the Republicans now become early favorites to convert the seat. If that became a reality, considering their favorable position for the Democratic open seats in South Dakota and West Virginia, it would bring them halfway to their goal of converting the six seats they need to capture the Senate majority.

All eyes will now turn to at-large freshman END_OF_DOCUMENT_TOKEN_TO_BE_REPLACED

Completing our two-part series examining the congressional political picture (the July 8 Political Update covered the Senate outlook), today we look at the House.

Currently, 234 Republicans and 201 Democrats comprise the body’s membership. Three seats are slated to soon become vacant: Rep. Ed Markey (D-MA-5) will be sworn into the Senate upon official certification of his late June special election victory; Rep. Jo Bonner (R-AL-1) announced his resignation effective in mid-August to accept a position at the University of Alabama; and Rep. Mel Watt (D-NC-12), should he be confirmed, will become the Director of the Federal Housing Finance Agency thus leaving the House at an undetermined date.

In contrast to the 2012 cycle when 62 seats were open, at this point only 14 members have announced their retirements, accepted new positions, or are running for a different office. Three others: representatives Robin Kelly (D-IL-2), Mark Sanford (R-SC-1), and Jason Smith (R-MO-8), have won special elections since the current 113th Congress began making a grand total of 17 seats that have opened, or will open, since the 2012 general election. Of the fourteen currently projected open seats, eight are Republican held and six Democratic.

Attributable to a tight national redistricting model, only eight seats are now in this column. Six of those belong to Democrats (representatives Ron Barber (AZ-2), Scott Peters [CA-52), Patrick Murphy (FL-18), Joe Garcia (FL-26), Mike McIntyre (NC-7), and Jim Matheson (UT-4)], while only two are Republican-held [representatives Gary Miller (CA-31) and Mike Coffman (CO-6)]. Therefore, the GOP is in a slightly better position to gain a small number of seats.

Both parties have just about an equal number of “lean” seats. Majority Republicans have 18 of their members or open seats rated as Lean Republican, while END_OF_DOCUMENT_TOKEN_TO_BE_REPLACED

The special three-judge state panel hearing the redistricting challenge to the legislative and congressional maps unanimously, and with a mention that partisanship was left out of their decision, ruled in favor of the state of North Carolina. This means that the Republican-drawn maps will continue to stand.

The decision will undoubtedly be appealed to the state Supreme Court, but a panel with a Republican majority is unlikely to overturn a Democratic special court that found in the state’s favor.

There are two key practical effects from the ruling. First, as it relates to the US Supreme Court’s Shelby County v. Holder opinion, it is now highly unlikely that the maps will be redrawn prior to the next census. Thus, the Shelby County decision will not likely come into play here until 2021. Since North Carolina has live redistricting litigation ongoing, as does Florida, Arizona, and Kentucky, an overturn of the state’s map could have had a major effect upon any new court-mandated drawing.

Second, one of North Carolina’s remaining four Democratic seats, the 7th District of Rep. Mike McIntyre, saw the closest finish of any 2012 US House race. McIntyre was re-elected over former state Sen. David Rouzer with a mere 654-vote margin from more than 336,000 ballots cast. With Rouzer already running again and facing a mid-term turnout model without President Obama leading the Democratic ticket, it makes McIntyre the most endangered Democrat in Congress. A redraw would have greatly helped him. Now without such a boost, does McIntyre even run again? The coming weeks in the southeastern corner of END_OF_DOCUMENT_TOKEN_TO_BE_REPLACED

Texas Gov. Rick Perry (R), speaking from a key financial supporter’s Caterpillar plant who also happens to be the majority owner of the San Antonio Spurs professional basketball franchise, yesterday ended speculation about his political future. Perry, standing behind a podium on a stage surrounded by American and Lone Star State flags, made public his intention to retire from the governorship when this current term ends, but left the door wide open for another presidential run.

The governor faced a conundrum about whether to keep his current position while attempting another run for the nation’s top office. In his situation, considering the context of the original Perry national campaign that ended in disaster, the decision over whether to seek re-election was more difficult than for most politicians in a similar situation. Usually, attempting to execute the duties of one political office while running for president is often a disqualifying factor but, in Gov. Perry’s case, the credibility he would have earned from winning yet another term in statewide office and the financial base that such position provides made his decision difficult.

Late last week, Perry transmitted an email to supporters indicating that he would formally announce a decision regarding his political future. The secret was well guarded to the point that no leak occurred about what would actually be announced. It seemed as many Perry supporters believed the governor would retire as felt he would seek a fourth full term.

In culmination, Rick Perry had nothing left to prove as governor. When this term ends, he will have served 14 years as Texas’ chief executive, more than double the time that anyone else has held the office. Until 1982, the state restricted its governors to one four-year term. Even when legislation was passed eliminating term limits, it took until 1998 for Texas’ voters to actually re-elect a governor, and that individual was George W. Bush.

The Perry record is strong. As he mentioned in his retirement address, over 30 percent of all jobs created in America since he became governor have occurred in Texas. The Lone Star economy is robust, while the nation’s economic numbers sink. It was his economic record that propelled him to the forefront of the 2012 Republican presidential field, and kept him as perhaps END_OF_DOCUMENT_TOKEN_TO_BE_REPLACED