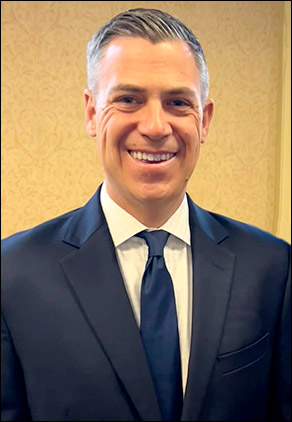 Indiana: Rep. Banks (R) Announces for Senate — Not backing down from a potential Republican primary race against former Gov. Mitch Daniels, four-term US Rep. Jim Banks (R-Columbia City) announced Tuesday that he will enter Indiana’s open Senate race next year. Daniels has been sending signals that he will also run for the Senate, but the Banks move means the May Republican primary will likely be the big battle to replace first-term Sen. Mike Braun (R) who is bypassing re-election to run for governor. Other potential GOP candidates include term-limited Gov. Eric Holcomb and US Rep. Victoria Spartz (R-Noblesville), among others.

Banks ended the 2022 election cycle with approximately $1.4 million remaining in his campaign account. Gov. Daniels last appeared on the ballot in 2008 when he was re-elected to a second term with a 58-40 percent victory margin. Rep. Banks leaving the safely Republican 3rd Congressional District means we will see a crowded and hotly contested GOP congressional field in a district that the FiveThirtyEight data organization rates as R+34.

In the last election, for the open seat created when Sen. Rob Portman (R) announced he would not seek a third term, Sen. Dolan competed against six opponents, losing to now-Sen. J.D. Vance (R) by a 32-23 percent margin with former state Treasurer Josh Mandel placing second just a point ahead of Dolan. In the current election cycle, Dolan’s chances for the party nomination appear better. If he is successful in the Republican primary, Dolan faces a difficult general election opponent in Sen. Brown even though Ohio has been moving decidedly closer to the GOP in recent elections. In 2018, Sen. Brown defeated then-US Rep. Jim Renacci (R), 53-47 percent.

CA-30: Yet, Another — Businessman Josh Bocanegra (D) who was looking to enter the US Senate race has instead decided to compete for the Burbank-anchored congressional race that most presume will be open. Rep. Adam Schiff (D-Burbank) is widely expected to run for the Senate once incumbent Dianne Feinstein (D) announces her retirement. Already in the congressional race are state Assemblywoman Laura Friedman (D-Burbank) and Los Angeles Unified School Board Vice Chairman Nick Melvoin.

The seat will remain in Democratic hands, but it is likely we will see two Democrats advance to the general election from the top two jungle primary format that California has used since the 2012 election. The FiveThirtyEight data organization rates CA-30 as D+45.

MN-2: Local Mayor Announces for House — After Navy veteran Tyler Kistner (R) ran two close but unsuccessful campaigns against Rep. Angie Craig (D-Prior Lake) in 2020 and 2022, Lexington Mayor Mike Murphy (R) announced that he will attempt to win the party nomination in hopes of becoming the congresswoman’s 2024 challenger. There is little indication as to what Kistner might be thinking about a third congressional run, but him losing two consecutive races suggests that the party leaders will be looking for a new contender.