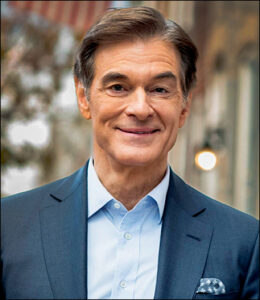 Within the same period, The Trafalgar Group also ran a Pennsylvania survey (Oct. 8-11; 1,078 PA likely general election voters; multiple sampling techniques) and arrived at a virtually identical 47-45 percent split. It is becoming clear, with early voting already underway, that this critical Senate race is going down to the wire, just as we saw back in May when the state Republican primary ended in a razor-thin result. In fact, from the last 10 polls released of this race, seven of the 10 found Fetterman leading by four percentage points or less.

MN-2: Close Again — In a surprise 2020 finish, Republican challenger Tyler Kistner, a military veteran who hadn’t gotten much national attention, lost only a battle to Rep. Angie Craig (D-Eagan) by only two points — 48-46 percent. It appears the two are headed for another razor-thin finish this year in their re-match campaign. A just-released Survey USA poll (Oct. 15-16; 586 likely MN-2 general election voters; automated telephone & online) projects Craig to be holding a slim 46-45 percent lead over Kistner in a polling result wholly consistent with this electorate’s voting history.

Both Minnesota’s southern sector districts — the 1st and 2nd — are important toward determining the new House majority. The GOP would conceivably be on a majority track by winning one of the state’s two southern swing seats. Should their candidates win both, a big Republican night could be in the making. If the Democrats win both, such a performance would suggest that the party would have a legitimate chance of holding their slim majority.

Four of the past seven polls see the contest falling between two and six percentage points, which represents a notable improvement for Rep. Zeldin. With New York early voting not beginning until Oct. 29, this race’s patterns still have a significant period in which to firm.

New Hampshire: Again, Beyond Error Margin — Though the new Suffolk University survey for the Boston Globe newspaper (Sept. 23-26; 500 likely New Hampshire general election voters) shows Sen. Maggie Hassan (D) holding a lead well beyond the polling margin of error over retired Army Gen. Don Bolduc (R) as do three other post-primary pollsters, their 50-41 percent margin is a touch closer than some of the other results.

While Republican national political organizations continuing to spend heavily will likely draw Gen. Bolduc closer to Sen. Hassan, it is unlikely that her ballot test advantage can be overcome before Election Day. Therefore, the analysis that the GOP strategists will pull their media buy from the New Hampshire race and transfer it to other more winnable contests remains valid.

Obviously, the North Carolina Senate race is one of the closest in the nation with just over a month remaining and early voting on the cusp of beginning.

Pennsylvania: Dr. Oz Moving Closer — A trio of new surveys find Dr. Mehmet Oz (R) coming within close range of Lt. Gov. John Fetterman (D) in their expensive battle over what is one of the most important Senate contests in the nation.

Wisconsin: Six Polls, Six Tight Results — The Wisconsin governor’s race between incumbent Gov. Tony Evers (D) and businessman and former statewide nominee Tim Michels (R) is clearly a dead heat. Six polling firms were in the field during the Sept. 14-27 period surveying between 574 and 1,399 likely or registered voters and each sees an extremely close race. 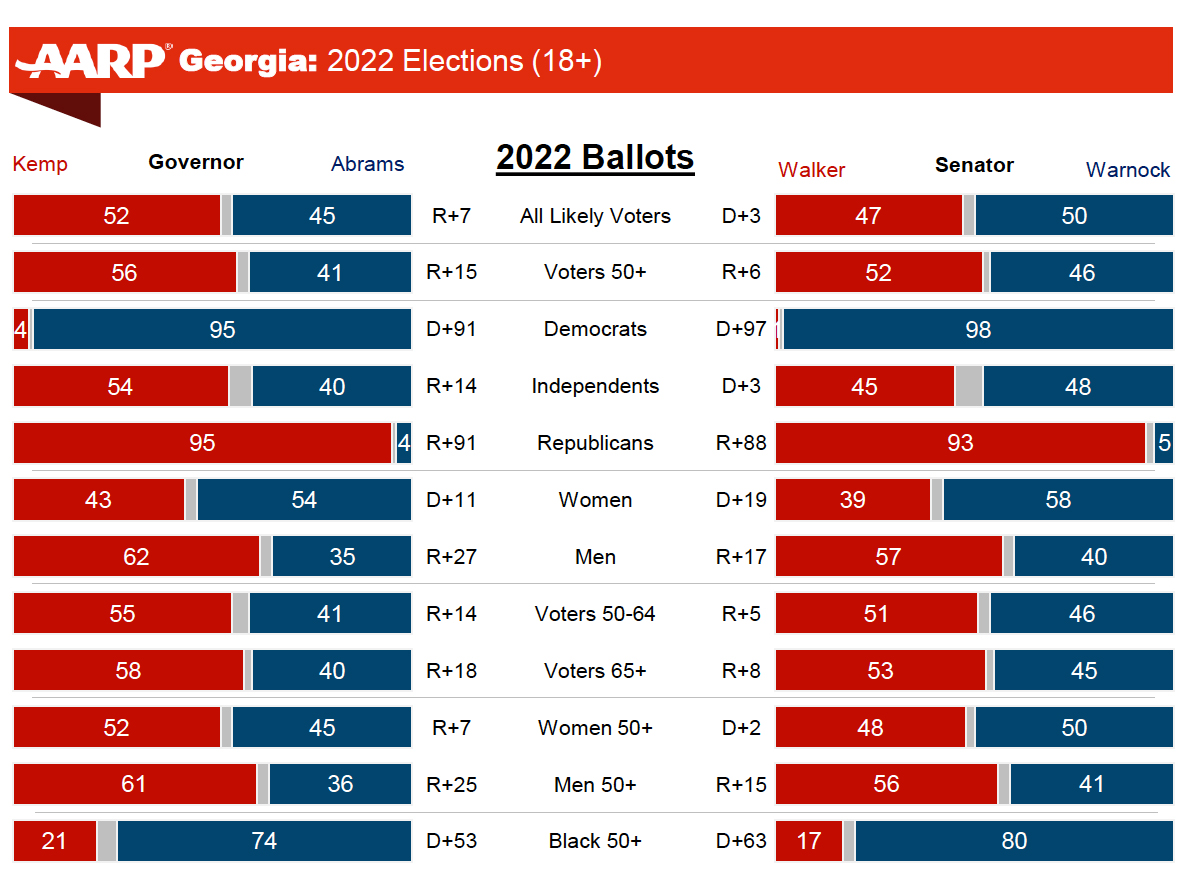 See the entire AARP poll results in this PDF download: AARP poll, July 5-11, 2022 (or click on above image)

The negative campaigning coming from both sides is taking a toll on candidate images. President Biden’s job approval is a woeful 34:65 percent positive to negative, Sen. Warnock rates a 47:47 percent ratio, while Gov. Kemp posts only a 50:45 percent score. On the clear upside-down side of the scale, Abrams records a 46:50 percent rating, and Walker owns an even worse 41:49 percent tally.

Ohio: Rep. Ryan Holds Huge Fundraising Advantage — Though polling finds US Rep. Tim Ryan (D-Warren/Youngstown) and author J.D. Vance (R) in a neck-and-neck contest, one area that is anything but close is campaign fundraising. In the second quarter, Rep. Ryan outraised Vance by a whopping 9:1 ratio, meaning over $9 million raised to just over $1 million for Vance. Perhaps more seriously, Vance is reporting only $630,000 cash-on-hand as compared to Rep. Ryan’s $3.6 million. Expect outside sources to become heavily involved in this race with the goal of helping Vance close the resource gap.

Nevada: Emerson Sees All NV Dem Seats Competitive — Emerson College ran a series of polls testing 500 registered voters in each of the three Democratic-held Las Vegas congressional districts over the July 7-10 period. While the Dem incumbents lead in all three, none even break the 42 percent plateau in support.

In the 1st District, Rep. Dina Titus’ (D) advantage over Republican Mark Robertson is only 41-37 percent. Third District incumbent Susie Lee holds just a 42-40 percent slight margin over Republican attorney April Becker. In the 4th CD that stretches from North Las Vegas to the state’s middle section, Rep. Steven Horsford’s (D) spread over insurance agency owner Sam Peters (R) is a similar 42-39 percent. The three seats were drawn as Lean Democratic seats, but it appears all could be in position to swing toward the Republicans in November.

WY-AL: Hageman Holding Big Lead — In anticipation of the Aug. 16 Republican primary, now less than a month away, the Caspar Star Tribune newspaper sponsored a Mason-Dixon Polling & Strategy study (July 7-11; 1,100 registered Wyoming voters), which finds GOP attorney and congressional challenger Harriet Hageman, who former President Donald Trump endorses, posting a 52-30 percent lead over controversial incumbent Rep. Liz Cheney (R-Wilson). This is the third consecutive released survey that finds Hageman holding a lead well into double digits. While Cheney has a huge lead in campaign resources and is making overt requests of Democratic voters to participate in the Republican primary, it is doubtful there is enough she can do to fully overcome the current trends.