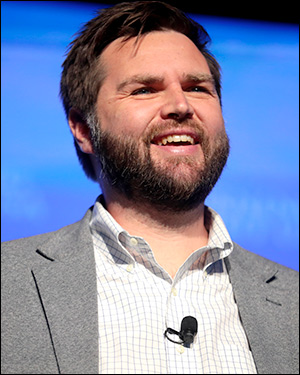 Ohio: Poll Posts Dolan to GOP Lead; Fox Shows Vance as Being Up — The Blueprint Polling firm tested the Ohio Republican field for the upcoming Senate primary next week (April 21-24; 634 likely Ohio Republican primary voters; live interview), and yet another candidate has been identified as moving into first place. This is the first survey that projects state Sen. Matt Dolan (R-Chagrin Falls), who is a minority owner of the Cleveland Guardians baseball club, in the top position and the fourth of the five major candidates who in one poll or another has led the field.

Fox News was also in the field during virtually the same time period (April 20-24; 906 likely Ohio Republican primary voters; live interview), but they produce a much different result. According to this poll, it is Vance, who picked up former President Donald Trump’s endorsement just a handful of days before the poll period, in the lead at 23 percent with Mandel, Gibbons, Dolan, and Timken trailing with 18-13-11 and 8 percent, respectively.

As both the Blueprint and Fox analyses illustrate, with less than one week remaining in the campaign, realistically four of the candidates still have a chance to catch a flyer at the end and claim the nomination. Early voting continues for the May 3 primary election.

OR-5: Biden Endorses Rep. Schrader — In a disappointing development for challenger Jamie McLeod-Skinner, President Biden just involved himself in the impending May 17 Oregon primary by endorsing veteran Rep. Kurt Schrader (D-Canby) over the more progressive contender who is an attorney and former local city manager. The two are vying to win the party primary for the newly constructed 5th District that is rated D+3, making it the most competitive seat in the Beaver State.

Still anchored around the Salem suburban area, the new 5th now stretches toward Oregon’s center point in order to annex the Bend community. Republicans will challenge for this seat in November. They must first, however, sort through a crowded five-person GOP nomination battle next month. Rep. Schrader was first elected to the House in 2008 but re-elected in 2020 with only 51.9 percent of the vote.

Georgia: Gov. Kemp Expands Lead — The new University of Georgia poll conducted for the Atlanta Journal-Constitution news site (April 10-22; 886 likely Georgia Republican primary voters; live interview) finds Gov. Brian Kemp (R) expanding his polling lead over former US Sen. David Perdue as the two move toward the May 24 GOP primary. The UGA numbers post the governor’s advantage to 53-27 percent with educator Kandiss Taylor pulling a mere four percent support. Former President Trump has endorsed Perdue. Gov. Kemp has been ahead during the entire campaign, but his margin has clearly increased as we head toward the beginning of May.

Georgia: Runoff Projected in Sec of State Race — The aforementioned University of Georgia/Atlanta Journal-Constitution poll finds Secretary of State Brad Raffensperger, who was at the center of the election fraud controversy in the 2020 election, battling back to capture a slight lead over US Rep. Jody Hice (R-Greensboro) in his battle to win re-election as the state’s chief elections officer.

The UGA/Constitution poll finds incumbent Raffensperger clinging to a small 28-26 percent lead, which is an improvement for the incumbent over past polls. The data suggests that the two candidates will advance to a runoff election from the May 24 primary, and this typically spells doom for an incumbent, since a majority of primary voters would have already chosen another candidate.