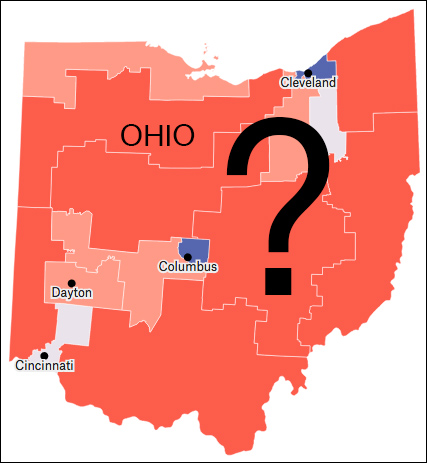 Since Ohio is not a runoff state, we will have nominees in all races on May 3 regardless of vote percentages attained.

The governor’s campaign features a Republican primary that at one time was showing signs of competitiveness. Later polling, however, finds Gov. Mike DeWine posting support scores more than 50 percent in his battle opposite former congressman and 2018 US Senate nominee Jim Renacci.

For the Democrats, Dayton Mayor Nan Whaley and former Cincinnati mayor, John Cranley, are battling for the party’s gubernatorial nomination. Polling has posted Whaley to small leads, but with both candidates way below 50 percent and the undecided factor well over 60 percent in polls as late as the beginning of March, anything can happen in this contest, as well.

On the House front, Franklin County Recorder Danny O’Connor who appeared to be the strongest Democratic opponent for 2021 special election winner Mike Carey (R-Columbus), withdrew his candidacy last Thursday. In doing so, O’Connor criticized the redistricting process and blamed Republicans for his exit. Interestingly, the original 15th CD rated an R+19, while the new 15th is viewed as R+12.

The main problem for O’Connor, however, is that the new draw took the 15th to counties west of Columbus and away from O’Connor’s strength areas in the eastern part of the region. The development makes Rep. Carey a very strong favorite for re-election to his first full term.

Other congressional primaries feature multi-candidate battles in the open 7th and 13th CDs for both parties, and a Republican primary battle for the right to challenge 20-term US Rep. Marcy Kaptur (D-Toledo) in the new Republican leaning 9th District. Rep. Kaptur ranks fourth in House seniority and second within the Democratic conference.