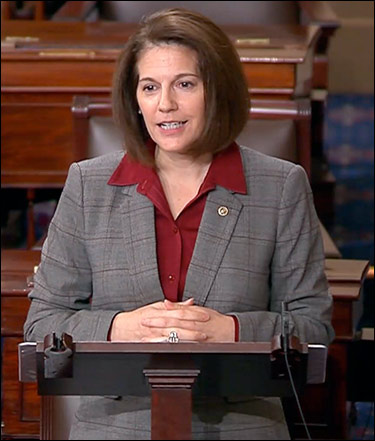 Together, while the major parties were losing strength, these two Independent sectors rose a combined 21.8 percent in identification. With Libertarian and Independent American party registration numbers remaining constant, the “no party” preference categories accounted for all of the state’s registration growth, and was solely responsible for the Nevada voter registration universe increasing 2.9 percent over the course of last year.

One area where Sen. Cortez Masto has no problems is in fundraising. With the Federal Election Commission now finally reporting 2021 year-end totals, Sen. Cortez Masto has raised an eye-popping $18.2 million for the campaign cycle and has $10.5 million in her campaign treasury. These numbers place her seventh among all Senate candidates, nationally.

Laxalt has raised $2.75 million and held $1.06 million in his account at the end of last year. Brown has brought in $2.08 million for his race, including more than $1 million just in the last quarter. A majority of his money comes from small donors, those giving less than $200 to the campaign. He had just over $732,000 remaining in his campaign account when December came to a close.

The Nevada Senate race is one of the 2022 election cycle’s most important campaigns in determining the next chamber majority. We can count on a close finish here in November and, as we can see from the fundraising totals, the June 14 Republican primary may prove more interesting than originally thought.