Maine 2nd District Rep. Mike Michaud (D) released a video (see below) yesterday announcing that he is forming an exploratory committee to run for governor next year. When most people file “exploratory committees,” as Illinois Democrat Bill Daley did earlier in the week for his own Land of Lincoln gubernatorial campaign, it is with the clear intent of running for the office. Here, Michaud has probably not completely decided and is truly using the entity to test the waters for his effort.

You will remember in 2012, just after Sen. Olympia Snowe (R) announced that she would not seek re-election, Michaud quickly, but tentatively, jumped into the statewide race. When it became apparent that Independent former Gov. Angus King was heading to consensus candidate status for Independents and Democrats, Michaud quickly scurried back to his safe House seat and announced that he would run for re-election.

The Maine gubernatorial contest is similar to the ’12 Senate campaign because a strong Independent will be in the race. Back in 2010, Independent liberal attorney Eliot Cutler placed a close second to Republican Paul LePage, leaving Democrat Libby Mitchell far behind in third place. Many observers credit Cutler’s presence in the race, and his strong campaign, as the main reason LePage won. Since the Republican scored only 37.5 percent of the vote in the three-way contest, such an analysis appears to carry credibility.
END_OF_DOCUMENT_TOKEN_TO_BE_REPLACED

In a formal and unsurprising announcement, Rep. Kristi Noem (R-SD-AL) confirmed that she will not challenge former Gov. Mike Rounds (R) for South Dakota’s open US Senate seat next year. Noem, serving her second term in the House, indicated that she will seek re-election to her current position.

Rumors and speculation had persisted for months that the congresswoman may hop into the Senate race and attempt to challenge Rounds from the right, but she never appeared to be making any tangible moves to prepare for such a race. Meanwhile, as he has done since the 2012 election cycle concluded, the former governor continued to build his Senatorial campaign on a daily basis.

Rounds is definitely the man to beat. Now with a clear shot at the Republican nomination, he will have a united party behind him as he works to convert the open seat to the GOP column. Democrats have only one candidate so far, Rick Weiland a former staff aide to then-Sen. Tom Daschle (D), because stronger potential contenders such as former Rep. Stephanie Herseth Sandlin (D-SD-AL) and US Attorney Brendan Johnson both declined to run. Three-term Sen. Tim Johnson (D), Brendan’s father, is retiring.

Both the open South Dakota and West Virginia Democratic seats top the GOP conversion list, as Republicans have big leads against weak opponents in both states. In West Virginia, where veteran Sen. Jay Rockefeller (D) is retiring, the early leader and prohibitive favorite is Rep. Shelley Moore Capito (R-WV-2).

There has been little doubt that the unpopular Quinn would be in a difficult position for renomination, let alone re-election. Most of the attention, however, has been focused upon Attorney General Lisa Madigan, who is expected to make the race in 2014 after shying away from a similar challenge in 2010. A three-way contest among Quinn, Madigan, and Daley could produce unexpected results.

The move to run for governor is out of character for Daley in several ways. First, challenging a Democratic opponent is an unusual act for a man who has exemplified party unity throughout his entire political career. Daley is a former US Commerce secretary for President Clinton, chairman of Vice President Al Gore’s 2000 presidential campaign, and an ex-chief of staff for President Barack Obama. He also spent time in the banking industry and as a law firm partner.

His video message is interesting in that it clearly reveals his political strategy. Obviously the product of extensive survey research of the Democratic voting base, END_OF_DOCUMENT_TOKEN_TO_BE_REPLACED

The ad explains and emphasizes that McAuliffe lobbied Democratic legislators on behalf of Gov. Bob McDonnell’s (R) controversial transportation bill. The underlying message credits McAuliffe’s involvement as a key factor in passing the legislation. The objective is to show his ability to deliver within the legislative process, while simultaneously proving that he reaches beyond partisanship in order to achieve the common good.

The ad graphics include a singular still photo of McDonnell and newspaper headlines that allude to “GOP infighting”, while an announcer mentions that “Tea Party Republicans refuse to support the plan.” The scene then fades to a banner illustrating that McAuliffe and McDonnell “congratulate each other” over achieving legislative success.

In our opinion, the ad is evidence that the McAuliffe campaign may be making some key strategic errors. First, they target “Tea Party Republicans” at a time when certain members of the Obama Administration are coming under intense fire for targeting Tea END_OF_DOCUMENT_TOKEN_TO_BE_REPLACED 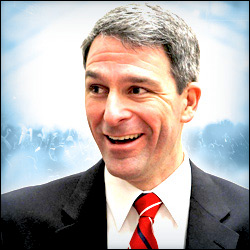 NBC News/Marist College and the Washington Post Media organization surveyed the Virginia electorate within the last week and though they report some different results, both show that Republican Attorney General Ken Cuccinelli and former Democratic National Committee chairman Terry McAuliffe each can win the general election to be Virginia’s next governor.

Remembering that Virginia holds it state elections in odd-numbered years, thus yielding a lower voter turnout, the “likely voter” category appears to be more important. There, both surveys agree that Cuccinelli has a discernible edge.

While the NBC poll shows positive personal ratings for both candidates — Cuccinelli 42:27 percent favorable to unfavorable; McAuliffe 32:24 percent — familiarity with each is low and both are largely a blank slate.

The Washington Post survey delved more deeply into the impressions of each candidate and found that people don’t yet associate anything in particular with either man. When asked what the respondents END_OF_DOCUMENT_TOKEN_TO_BE_REPLACED 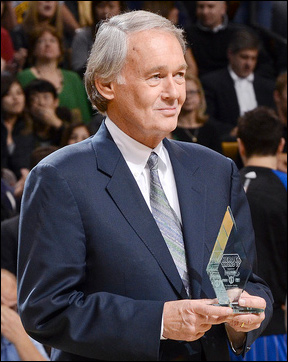 A new Public Policy Polling brushfire survey (April 23-25; 563 likely Massachusetts Democratic primary voters) conducted for the League of Conservation Voters, an organization supporting Markey, continues to show the 36-year congressional veteran with a substantial lead. According to the PPP data, Markey posts a 50-36 percent margin over Lynch. The winner of the Democratic primary becomes the prohibitive favorite in the June 25 special general election.

PPP surveys tend to produce more negative numbers of the various politicians tested than most polling firms. The Colorado results are no exception, as all eight tested Republicans registered upside down personal favorability ratings when the respondents were queried about whether they had favorable or unfavorable opinions about each individual. When testing Gov. Hickenlooper and Sen. Udall, the question only pertained to their job performance. On that scale, both men performed well: Hickenlooper scored 53:44 percent positive to negative (though his negative jumped up from 26% as recorded on PPP’s November ’12 Colorado poll); Udall 50:33 percent.

Despite all of the Republicans registering poor favorability ratings, their ballot test standing when paired with either Hickenlooper or Udall are better than one might expect after perusing the initial data.

If these same Republicans were to challenge Sen. Udall, the results prove similar. Despite Beauprez scoring a 15:34 percent personal favorability index and Udall registering a 50:33 percent job approval rating, the Republican trails the senator only 41-48 percent. Suthers is down to Udall 38-50 percent; Gardner 39-49 percent; Tipton 37-50 percent; and Tancredo 39-51 percent. END_OF_DOCUMENT_TOKEN_TO_BE_REPLACED