Bay State voters go to the polls today to choose nominees for Secretary of State John Kerry’s vacant US Senate seat. Since the Democrats are in an overwhelming political position in Massachusetts, it is apparent that the winner of their party contest tonight will become the next senator. The special general election is scheduled for June 25.

The man favored to win is Rep. Ed Markey (D-MA-5) who was first elected to the House in 1976. If victorious, he will be the longest-serving House member ever to enter the Senate. All polls show Markey leading his congressional colleague, Rep. Stephen Lynch (D-MA-8), posting double-digit margins in all surveys with the exception of some Lynch internal polls. It will be a major upset if Lynch manages to eke out a close win. In all likelihood, Markey wins tonight and again on June 25.

For the Republicans, three individuals are vying for a nomination that will immediately cast the standard bearer as the underdog position for the special general. Former US Attorney Michael Sullivan, state Rep. Dan Winslow, and businessman/Navy veteran Gabriel Gomez are the three candidates. Polling, though most of the available data features unacceptably low sample sizes, has shown both Sullivan and Gomez in the lead during the closing days.

Once nominees are secured tonight, the money battle will begin for the special general. Scott Brown’s upset victory in a 2010 Senate special election notwithstanding, proving that a Republican can win under certain circumstances, it is unlikely such a configuration will occur in this situation. In fact, it will even be a surprise if the national and state Republican Party leaders decide to wage a serious fight. Democrats will not allow their candidate to END_OF_DOCUMENT_TOKEN_TO_BE_REPLACED 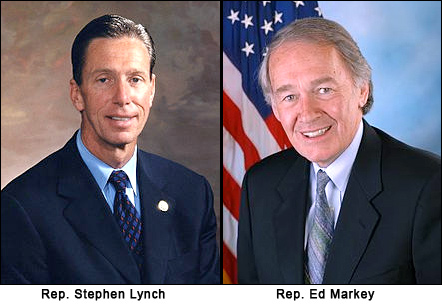 The MassINC poll has some structural flaws, i.e. the Democratic primary sampling universe’s size is not disclosed but must fall within a range of 270 to 304 respondents, most likely around the 284 figure. This is very low for a statewide primary survey, thus making their final conclusions less reliable.

Still, the MassINC findings do seem more plausible than the previous PPP study that staked Markey to a 33-point lead, a spread that seemed excessive so early in the process. Based upon the MassINC results it END_OF_DOCUMENT_TOKEN_TO_BE_REPLACED