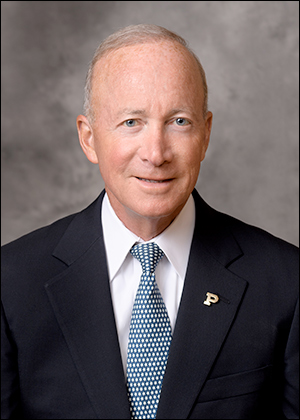 Indiana: Ex-Gov. Mitch Daniels Won’t Run — Former Indiana Gov. Mitch Daniels (R), who was considering entering the 2024 open US Senate race from his state, said he would not become a candidate. The announcement is good news for Rep. Jim Banks (R-Columbia City), who had previously declared his own Senate candidacy. Immediately after the Daniels announcement, National Republican Senatorial Committee (NRSC) chairman Steve Daines (R-MT) heaped praise upon Rep. Banks, whom he described as one of the party’s “top recruits.”

Daniels served two full terms as governor, from 2005-2013. His last time on the ballot, however, was for re-election in 2008. Daniels indicated that he was not right for the Senate, since developing seniority is still important in being able to achieve major goals. Since Daniels would be 75 years old upon election, his ability to accumulate many years of Senate seniority would be obviously limited.

Incumbent Sen. Mike Braun (R) is not seeking re-election in order to run for governor. Republicans are prohibitive favorites to hold the seat in the general election.

In November, Rep. Williams succeed retiring US Rep. John Katko (R) with a 51-49 percent victory over former US Intelligence analyst Francis Conole (D) in a seat that the FiveThirtyEight data organization rates as D+2. We can expect further Democrats to come forward for this race, possibly including Conole, for a re-match. NY-22 will likely be a national top Democratic target in 2024.

Mississippi: 2019 Reeves’ Opponent Won’t Run Again — With candidate filing closing in Mississippi for the 2023 elections, former state Supreme Court Chief Justice Bill Waller Jr. (R) announced that he will not challenge Gov. Tate Reeves in this year’s Republican primary. In 2019, the two faced each other with Reeves prevailing, 54-46 percent.

At the end of last week, Secretary of State Mike Watson, another potential Reeves’ primary opponent, also said that he would not run. This leaves physician John Witcher as the governor’s lone GOP primary challenger. Obviously, these developments enhance Gov. Reeves’ political standing. It is likely he will face Public Service Commissioner Brandon Presley (D) in the general election.

Nashville: Mayor Won’t Seek Second Term — Nashville Mayor John Cooper (D), brother of retiring Tennessee Congressman Jim Cooper (D), announced that he will not seek a second term, saying he has completed his objectives upon which he ran in 2019. He went on to say that being in municipal office during the Covid year of 2020 was “like serving an entire term” in and of itself. Local politicos are expecting now to see a highly competitive open-seat mayoral campaign in the Music City.