Alabama: Brooks Rebounding — It appears that analyses of US Rep. Mo Brooks’ (R-Huntsville) Senate campaign being dead in the water after former President Trump pulled his earlier endorsement have proven incorrect. Two new surveys point to Rep. Brooks rebounding to the point of again becoming competitive for the second runoff position from the May 24 primary. The Republican primary is among Brooks, former Business Council of Alabama President & CEO Katie Britt, and businessman and former “Black Hawk Down” pilot Mike Durant.

Two new polls have surfaced suggesting that Rep. Brooks is now making this a three-way race. The Moore Information Group (May 2-5; 400 likely Alabama Republican primary voters; live interview) finds Britt leading the field with 27 percent, followed by Rep. Brooks and Durant in a tie at 20 percent apiece for the second runoff position. In Alabama, if no one reaches the 50 percent mark in this year’s May 24 primary, the top two finishers will advance to a runoff election on June 21.

The second poll, from McLaughlin & Associates (May 2-5; 500 likely Alabama Republican primary voters; live interview & text), gives Britt a larger lead at 37 percent, before projecting Durant in second place with 27 percent, and Rep. Brooks closely trailing at 22 percent. The combined data suggests that Britt is the race leader, while the second runoff slot is clearly undecided.

In the last four polls prior to the Fabrizio Lee release, from four different pollsters, Greitens led in none, with Rep. Hartzler and AG Schmitt topping the field in two apiece. Despite the polls trading leaders, Greitens’ support level remains consistent between 21 and 26 percent in all of the latest publicly released research studies.

In new commercials, the McCormick effort points to television statements that Dr. Oz made supporting the less conservative positions relating to abortion and transgender sex change operations. One of the ads features a clip of Fox News anchor Laura Ingraham stating that Trump endorsing Dr. Oz “is a mistake.” This is the first time we’ve seen an active campaign aggressively oppose a Trump endorsement.

HI-2: Rep. Kahele Finally Announces — Coming as no surprise since four elected or formerly elected Democratic officials had already declared their candidacy for what they knew would become an open congressional seat, freshman US Rep. Kai Kahele (D-Hilo) made public Monday his decision to run for governor and not seek re-election to the House this year.

Rep. Kahele has come under fire for casting the most proxy congressional votes of any member and continuing to fly commercial flights for Hawaiian Airlines while he is a sitting member of the House. The Kahele decision means that a minimum of 61 seats will be open for the 2022 election. The congressman enters a gubernatorial primary where Lt. Gov. Josh Green enjoys large polling leads.

Therefore, the Republican gubernatorial nomination appeared to be up for grabs heading into the primary. Former President Trump endorsed Herbster, but several accusations of sexual harassment have arisen against Herbster, thus causing some support to peel away. Herbster denies the claims. The winner has the inside track toward claiming the November election and succeeding term-limited Gov. Pete Ricketts (R). 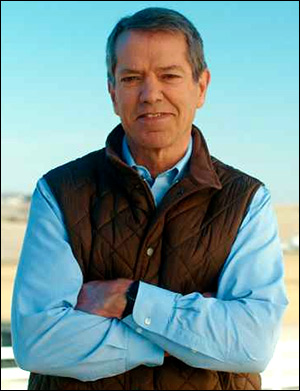 Nebraska: Gov. Ricketts’ Candidate Defeats Trump’s Contender — The media is leading with the point that former President Donald Trump’s Nebraska gubernatorial candidate, rancher and company CEO Chuck Herbster, lost his primary battle last night to rancher and University of Nebraska Regent Jim Pillen. The fact that eight women, including a state senator, accused Herbster of sexual harassment long after the Trump endorsement was announced likely was the more critical factor in how the race ended.

Pillen defeated Herbster and Omaha state Sen. Brett Lindstrom in a close 33-30-26 percent result to claim the Republican nomination. He will be a heavy favorite in November against the new Democratic nominee, Bellevue state Sen. Carol Blood. Republican turnout was up approximately 53 percent when compared with the 2018 midterm election. Democrats also increased their participation rate but only in the six percent range.

West Virginia: Mooney Defeats McKinley — In the first of potentially six incumbent-paired contests of the 2022 post-redistricting election cycle, US Rep. Alex Mooney (R-Charles Town) scored a double-digit win over fellow Congressman David McKinley (R-Wheeling) last night. West Virginia lost one of its three seats in reapportionment, hence the reason for the two Republicans facing each other.

All of Rep. McKinley’s current district was contained in the new 2nd, but only half of Mooney’s territory. Former President Donald Trump backed Rep. Mooney after McKinley backed the Biden infrastructure package, which appeared to even the advantages. With polling correctly projecting a Mooney win, the four-term West Virginia congressman who previously served in the Maryland state Senate recorded a convincing 54-36 percent victory.

Alabama: Confirming Poll — Another released survey confirms that Rep. Mo Brooks (R-Huntsville) is moving back into contention and very much alive to capture one of the two runoff slots that the May 24 primary will yield. A Cygnal group poll for the Alabama Daily News and Gray Television (May 6-7; 600 likely Alabama Republican primary voters) agrees that former Business Council of Alabama president and CEO Katie Britt leads the race while Rep. Brooks and former “Black Hawk Down” pilot Mike Durant are in a tight battle for the second runoff position. In this study, Britt holds a 32-23-21 percent lead over Rep. Brooks and Durant.

Pennsylvania: Three-Way Race Emerging — Two new surveys find the Pennsylvania Senate Republican primary turning into a three-way race within the last week prior to the May 17 primary election. Pennsylvania has no runoff system, so whoever has the most votes next Tuesday, regardless of percentage attained, will become the party nominee.

These polls suggest that any of the top three contenders can still win the nomination. The Republican standard bearer will likely face Lt. Gov. John Fetterman (D), who has a large polling lead over US Rep. Conor Lamb (D-Pittsburgh) in all published surveys.

NE-1: As Predicted — Both party-endorsed candidates easily won their respective congressional nominations in the vacant 1st District. Norfolk state Sen. Mike Flood captured the Republican nomination with 73 percent, and Lincoln state Sen. Patty Pansing Brooks became her party’s nominee with an 87 percent score. The two will square off in a June 28 special election to fill the unexpired portion of the current term. Former Rep. Jeff Fortenberry (R-Lincoln) resigned his seat at the end of March after being convicted for campaign finance violations in a California court. Regardless of how the special ends, both Sens. Flood and Pansing Brooks will face each other in the regular general election.

NE-2 & 3: Incumbents Easily Re-Nominated — US Reps. Don Bacon (R-Papillion/Omaha) and Adrian Smith (R-Gering) were easily re-nominated last night in their respective primary elections. Both posted more than 75 percent of the vote. Bacon, in a competitive 2nd District will now face Omaha state Sen. Tony Vargas, while Rep. Smith drew farmer David Else as his general election opponent in the expansive 3rd CD. The NE-3 seat stretches the width of Nebraska from the Wyoming border on the west all the way to the Iowa state line in the east.

END_OF_DOCUMENT_TOKEN_TO_BE_REPLACED 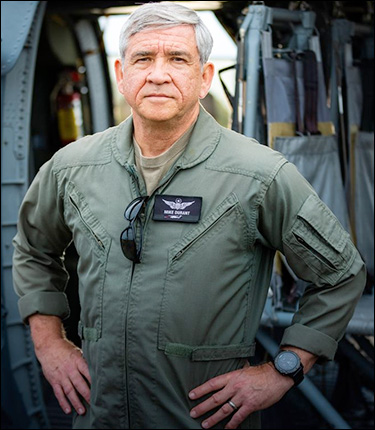