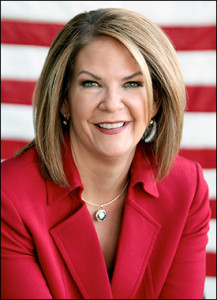 END_OF_DOCUMENT_TOKEN_TO_BE_REPLACED

There seems to be an air of defeatism surrounding many Virginia Republicans about the impending governor’s race, but three new polls still show that GOP nominee Ken Cuccinelli is within striking distance of Democrat Terry McAuliffe. All three polls, from Hampton University, Emerson College and the University of Mary Washington, give McAuliffe a lead ranging from five to seven points, with both candidates well under 50 percent – data that hardly concludes the front-runner is on the threshold of clinching the election.

The Sarvis number could be a wild card. Oftentimes when major party candidates display high unfavorable ratings, and all polling has consistently revealed such in this particular race, an Independent can score abnormally high in surveys, often reaching double-digits, as Sarvis is doing here. Such early support for Independents in polls, however, rarely translates into votes on Election Day. Should this pattern hold in the Virginia race, then Cuccinelli could be the benefactor because his lower numbers among conservative oriented independents portend that he is losing more support to Sarvis than is McAuliffe, thus his ability to gain may be greater once these people come to the conclusion that voting for a candidate with no potential to win is a waste.